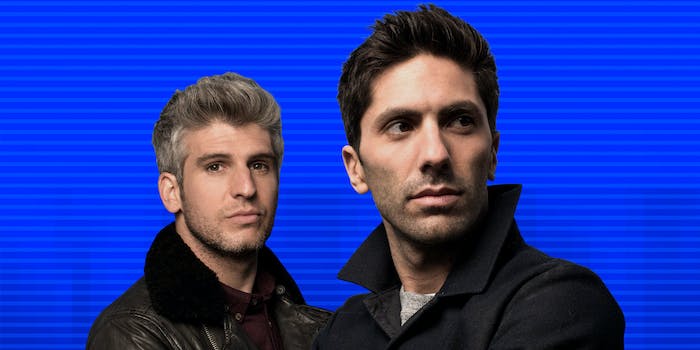 How to stream ‘Catfish: The TV Show’

Where to Stream MTV

Can you trust that the smoking hot babe you’ve been chatting up and giving your social security number to isn’t some 40-year-old dude from Jersey? Catfish: The TV Show will unmask any and all online perps.

What is catfishing? For the uninitiated, it’s when someone online pretends to be someone they’re not. Many folks have fallen prey to strangers behind the screen, where they are scammed out of money and occasionally left totally heartbroken.

Sometimes, the person catfishing simply does it because of compulsion, getting a rush out of being someone else. It’s not all bad. Occasionally, the investigation team finds out that the person behind the screen was legit, and the ending to the episode is a happy one. But that’s not why anyone tunes in. It’s as cringey as guilty pleasure TV gets.

Here’s everything you need to know to stream Catfish.

What is Catfish: The TV Show?

The series is a continuation of the 2010 documentary film Catfish. The film also featured Nev Schulman, who hosts the program. The show premiered in late 2012.

How to stream Catfish: The TV Show

MTV is available on a few of the major live TV streaming services. When trying to decide which one is best for you, you’ll want to weigh the cost, the other channels you’ll receive, and the compatible devices for streaming.

Philo is a budget-minded streaming service, and depending on what channels you want, it might be right for you. The 59 Philo channels lean decidedly toward entertainment; the Philo channel list includes AMC, Discovery, IFC, Lifetime, and the Paramount Network, all for $20 a month. If you’re a fan of Catfish: The TV Show, you’re in luck: You can find it on Philo. Philo also comes with free cloud DVR, but shows recorded are deleted after 30 days, so binge responsibly.

To watch MTV, you’ll want to dock in at the FuboTV Standard level.

If you’re looking for a streamlined, cost-effective streaming package, check out Sling TV. It offers two basic cable packages, Sling Orange and Sling Blue, each of which costs $30 per month. There’s also the third option of getting Sling Orange + Blue for just $45 per month. You’ll get more Sling TV channels by choosing Sling Blue, with its 40 channels including sports favorites like FS1and NBCSN and cable mainstays like Food Network and Discovery Channel. But Sling Orange brings must-haves Disney Channel and ESPN as part of its package. To gain access to MTV, you’ll either need Sling Blue, Sling Orange or Sling Orange + Blue along with the Comedy Extra channel suite. Sling also has a number of add-ons, including robust international packages organized by languages all over the globe.

Vidgo offers a package for under $40 a month that pulls together more than 60 English-language channels into its National English Package. Vidgo channels include ABC, Fox, the ESPN family of channels (including ESPN Deportes), and it’s one of the few streaming services that carries BeIN Sports. But it’s like Fubo in that, even though it started out for streaming sports, it carries a lot more now. You might be surprised to know that Vidgo’s an option to stream Catfish: The TV Show—and then you chat about it online via Vidgo’s Social TV platform.

If you’re already looking to AT&T for your wireless needs, you might consider AT&T TV Now to cover streaming for you. AT&T TV Now channels start with Plus and Max, which even include HBO. Then, AT&T plans expand from there, approaching cable selection and pricing with AT&T TV Now’s biggest packages. AT&T streaming also comes with Cloud DVR, letting you record up to 20 hours of TV per month. If you’re looking for Catfish: The TV Show, get in at the AT&T TV Now Plus tier to stream it.