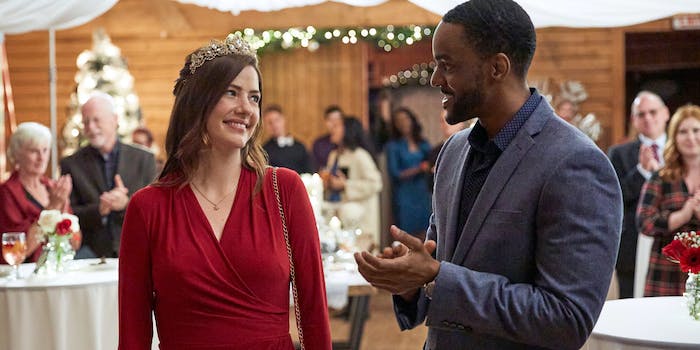 How to stream ‘Jingle Bell Bride’

It’s officially Hallmark holiday movie season, where a sleigh full of wholesome films will soon be available on Hallmark Channel. The first hit of this season is Jingle Bell Bride.

Wedding planner Jessica Perez is one of the best planners in the game, and has landed a high-profile celebrity client. Of course, this customer isn’t going to make her job easy. They’re making her schlep all the way to Alaska in search of a rare flower. But since it’s the season of miracles, Perez stumbles into a handsome local named Matt, and a budding romance begins. Will she be catching him under the mistletoe for years to come, or will she be playing Wham’s Last Christmas on repeat?

Here’s everything you need to know to stream Jingle Bell Bride.

What is Jingle Bell Bride?

How to stream Jingle Bell Bride

Hallmark Channel is available on a few of the major live TV streaming services. When trying to decide which one is best for you, you’ll want to weigh the cost, the other channels you’ll receive, and the compatible devices for streaming.

Philo is a budget-minded streaming service, and depending on what channels you want, it might be right for you. The 60+ Philo channels lean decidedly toward entertainment; the Philo channel list includes AMC, Discovery, IFC, Lifetime, and the Paramount Network, all for $20 a month. If you want to watch Jingle Bell Bride, you’re in luck: You can find it on Philo. Philo also has unlimited free cloud DVR, record and watch all of your favorite shows for up to 30 days.

To watch Hallmark Channel, you’ll want to dock in at the FuboTV Standard level.