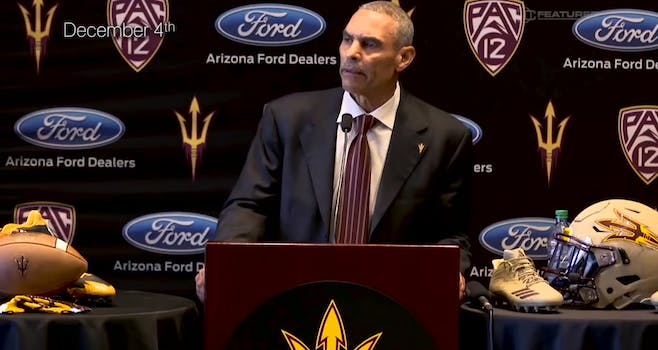 How to watch the Las Vegas Bowl online for free

On paper, the Arizona State vs. Fresno State matchup looks like it’s set up for a blowout. After all, Fresno State is 10-2 and has one of the best defenses in the country. Meanwhile, Arizona State is 7-5 and started the year losing four of its first seven games. But the Las Vegas Bowl live stream is going to be a blast.

Las Vegas Bowl: How to watch online for free

Coach Herm Edwards, in his first season at Arizona State, has the Sun Devils playing well lately, winning four of five and blasting then-No. 17 Utah 38-20. In two seasons under coach Jeff Tedford, Fresno State has gone 21-6, and it features one of the country’s top receivers in KeeSean Johnson. Fresno State is a six-point betting favorite, but Arizona State has a good chance at pulling the upset.