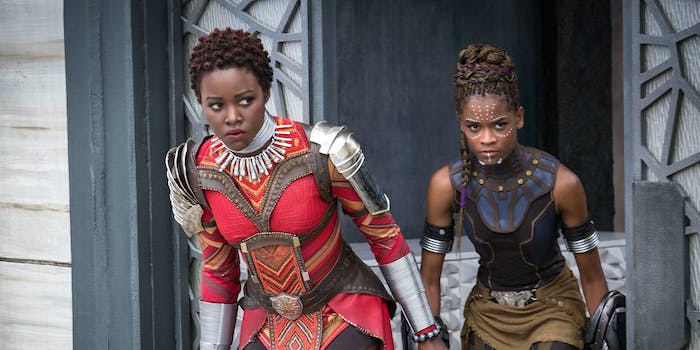 The best superhero movies of 2018, ranked

From Black Panther to Aquaman, here's everything you need to see this year.

2018 is another crowded year for superhero media, with six live-action movies, two cinematic animated films, and a constant stream of Marvel and DC spinoffs on TV. That’s great news for comic book fans, but it’s also kind of daunting. Can all these movies possibly be worth it? To help you out, here’s our official ranking of the best superhero movies of 2018, along with a guide to what comes next.

This list will probably fluctuate as more films come out, but let’s face it: Nothing will beat Black Panther. Blending sci-fi and fantasy, director Ryan Coogler brought new life to the Marvel franchise this year. Starring Chadwick Boseman as the superhero king T’Challa, this movie introduced the world to Wakanda, a secretive African nation with super-advanced technology and a rich cultural backstory.

Much of the conversation around Black Panther focuses on its impact as a blockbuster with a predominantly Black cast. It set a precedent for Hollywood, telling an unabashedly political story about colonization and the African diaspora. On top of all that, it’s a damn good action movie. Packed with already-iconic moments, it earned praise for its witty dialogue, stellar cast, and visual worldbuilding.

Arriving 14 years after the original, Incredibles 2 debuted in the midst of a much more crowded cinematic superhero field. But by keeping the focus on the Parrs, it tells the kind of story we don’t often see in these movies: a more intimate family struggle as Elastigirl becomes the face of an effort to make supers legal again. It leaves Mr. Incredible on the sidelines to take care of the kids, but what could’ve been a tireless and sexist trope evolves into something more layered and nuanced. Jack-Jack, whose powers were revealed toward the end of Incredibles, handily steals the show as he switches from one power to the next on a whim.

The fight and action sequences can easily compete with its live-action counterparts, as the visuals push the limits of what’s possible. And while the villain’s motivations are a bit muddied, the finale demonstrates what the film lacked for much of it—that the Parrs work much better when they’re a united front than they do apart.

Ant-Man and the Wasp had the impossible task of following Avengers: Infinity War, and it wisely chose to do its own thing instead of trying to one-up Thanos. Hope van Dyne (Evangeline Lilly) and Hank Pym (Michael Douglas), who’ve been on the run from the FBI since the events of Captain America: Civil War, have built a tunnel that will take them into the Quantum Realm so they can rescue a trapped Janet van Dyne (Michelle Pfeiffer). But they need a missing piece of the puzzle from Scott Lang (Paul Rudd), who’s three days away from the end of his house-arrest sentence. With plenty of callbacks to the first Ant-Man, the visual and verbal gags mostly land, and the action scenes are engaging and take full advantage of its landscape. Though it probably won’t convert any viewers who aren’t keen on its titular hero, Ant-Man and the Wasp is a fun and humorous film that doesn’t overstay its welcome. —Michelle Jaworski 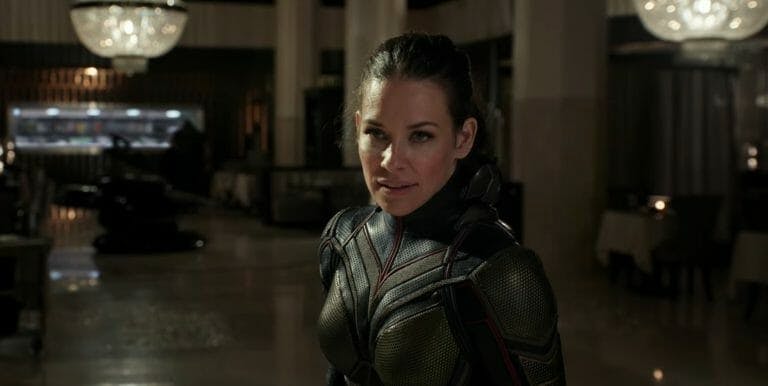 While Black Panther was an easy choice for the number one spot, the runner-up was harder to select. Infinity War and Deadpool 2 both fall into the category of “pretty good,” with their own strengths and weaknesses. The Deadpool franchise markets itself as an antidote to mainstream superhero movies, while Infinity War is the epitome of that genre. It’s a masterpiece of corporate synergy, bringing together (almost) every Marvel hero for an explosive interplanetary spectacle. For better or worse, it’s the first truly authentic screen version of a comic book crossover event.

In the end, I had to rank Infinity War above Deadpool 2. While Infinity War didn’t have the thought-provoking themes of Black Panther or Thor: Ragnarok, it was consistently fun. Marvel Studios also managed the difficult task of keeping every hero in character, which is more than you can say for Age of Ultron. Plus—spoiler alert—you’ve got to respect the bold move of Thanos‘ finger-snap at the end.

Deadpool has a cult following, and this movie delivered on its promise of more fourth-wall-breaking antics, more R-rated violence, and a cast of awesome new characters like Cable (Josh Brolin) and Domino (Zazie Beetz). But as I pointed out in my review, Deadpool’s schtick is getting tired. The writers need to dig deeper and get smarter than just relying on rapid-fire pop culture references. Also, it’s downright embarrassing that they hadn’t heard of the fridged girlfriend trope. Seriously?

It’s time for Sony‘s Spider-Man extended universe to get weird. Tom Hardy stars in Venom as journalist Eddie Brock, who becomes the unwilling host to an alien parasite. It gives him superpowers along with a volatile new personality, creating the potential for a compelling psychological thriller. Or as the trailer suggests, it may just be a rather dated-looking throwback to the early 2000s. It could go either way!

We can easily imagine Venom being one of the best superhero movies of 2018 or turning out to be an absolute dud. In its favor, it boasts a strong cast. Riz Ahmed plays the antagonist, scientist Carlton Drake, with Michelle Williams as Eddie’s girlfriend Anne Weying.

An Afro-Latino teenager who follows in Peter Parker’s footsteps, Miles Morales made his Marvel Comics debut in 2011. While fans may have to wait a while before he joins the live-action franchise (especially since Spider-Man: Homecoming stole certain aspects of Miles’s story), he’s getting his own animated movie. With a slick, computer-animated aesthetic, this is definitely one to look forward to. Shameik Moore voices Miles, with Mahershala Ali voicing his uncle, Brian Tyree Henry as his father, and Liev Shreiber in an undisclosed role. New Girl actor Jake Johnson will play Peter Parker, acting as Miles’s mentor.

Justice League introduced Jason Momoa as Aquaman last year, but this movie allows him to strike out on his own. Directed by James Wan (Furious 7), it’s an underwater action/fantasy adventure. Amber Heard co-stars as the ocean warrior princess Mera, with Patrick Wilson as the villainous Orm. While we haven’t seen an Aquaman trailer yet, we expect the movie to be more in line with Wonder Woman than DC’s recent Batman/Superman movies.