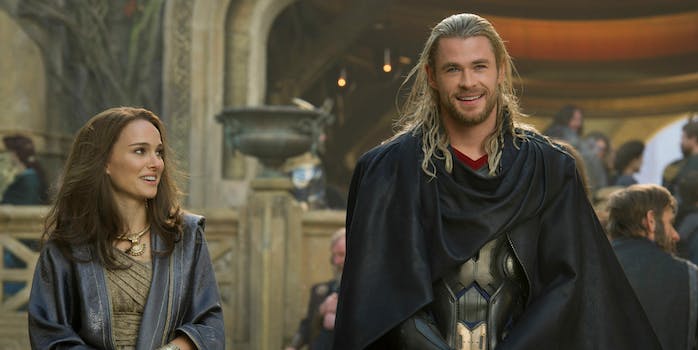 Infinity War leaves MCU canon in kind of a weird place. Half the characters in the franchise are dead, but aside from the handful of heroes who disappeared onscreen, everyone else remains a mystery. In a new interview with Huffington Post, the Russo Brothers answered some questions about who lived and who died offscreen.

Starting off with some minor players, Howard the Duck survived. Matt Damon‘s Thor: Ragnarok cameo, the stage actor who played Loki, is dead.

Betty Ross, Liv Tyler’s character from The Incredible Hulk? “Gone,” says Joe Russo. Not a huge surprise, since the last Hulk movie is barely considered to be part of the MCU. Given the already massive cast for Avengers 4, there’s no reason to rehire Liv Tyler for a role most people don’t remember.

While the Russo Brothers happily gave answers for those characters, some were deemed too spoilery to reveal. Could this hint at some potential cameos for Avengers 4? Apparently, Shuri’s fate is a spoiler, along with Peter’s friend Ned Leeds, the aliens Korg and Miek from Thor: Ragnarok, and… Jane Foster? Natalie Portman left the franchise after Thor: The Dark World in 2013, and Thor clarified in later movies that the characters broke up offscreen. However, Jane Foster fans shouldn’t get too excited just yet. “When we say spoiler, [we mean] potential spoiler,” said Anthony Russo. So it’s Schrodinger’s Jane until 2019.

As for the TV characters, that’s a lot less clear. Agents of S.H.I.E.L.D. sometimes feels closely connected to events in the movies, but elements like the Inhuman revolution don’t appear in the rest of the MCU. Is the show bold enough to delete half the main characters now that it has been renewed for a sixth season? As for the Netflix franchise, it often strays even further from MCU movie canon. It’s hard to imagine Thanos having an impact on season 2 of Iron Fist, for example, although killing off half the cast could actually be an improvement.