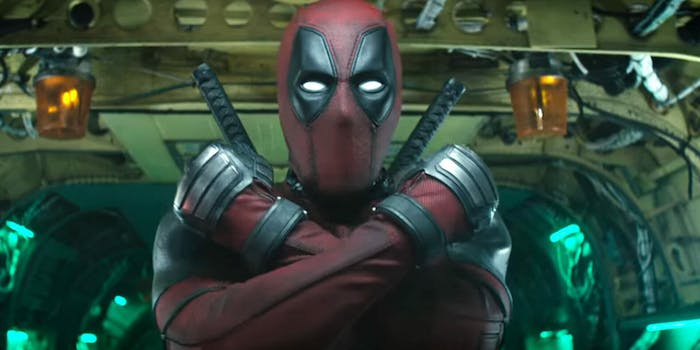 If you asked any Deadpool fan to predict what would happen in Deadpool 2‘s post-credits scene, they’d say the same thing: A teaser for X-Force. As expected, that’s what we got. However, it panned out in a pretty surprising way.

In the comics, X-Force is basically an edgier, more violent version of the X-Men. They’re a team of mutant mercenaries and antiheroes, and Deadpool 2 gave us a version of that team. The surprising part was what happened next. After introducing a line-up including some well-known actors (Brad Pitt as the Vanisher; Brooklyn Nine-Nine‘s Terry Crews as Bedlam) almost all of them died within minutes. Deadpool and Domino were the only survivors, joining forces with Cable for the final battle. Basically, X-Force was a fake-out. The Deadpool 2 trailers preserved the illusion by including clips that never appeared in the actual movie, making it look like Deadpool’s new team had a bigger role.

Then in the post-credits scene, Negasonic Teenage Warhead and her girlfriend Yukio fixed Cable’s time-travel device. This allows Deadpool to go back in time and save his dead teammates—and visit an earlier point in the X-Men timeline so he could murder the version of Deadpool we saw in X-Men Origins: Wolverine.

As a result, the whole team is now available to appear in future movies. That’s definitely good news for fans of Bedlam, Shatterstar (Lewis Tan), and Zeitgeist (Bill Skarsgård), who barely appeared in Deadpool 2 at all. If a different superhero movie did this to a bunch of dead characters, we’d be like, “What the hell?” But the X-Men franchise loves time travel, and this is Deadpool, so basically: Whatever. The X-Force team was dead, but now they’re alive, and it’s all cool.

Is an X-Force movie actually happening?

At the moment, the X-Force movie doesn’t have a release date. It’s definitely in the works, and Josh Brolin has a four-movie contract to play Cable. The problem is, the Disney/Fox merger makes the future of the franchise uncertain. Disney may decide to combine Fox’s X-Men franchise with the MCU, and while Disney boss Bob Iger said he’d allow movies like Deadpool to remain R-rated, even Deadpool 3 hasn’t officially been greenlit.

On the red carpet for Deadpool 2, Ryan Reynolds sounded unsure about Deadpool 3. “Down the road, I’m sure we’ll figure it out,” he said. Meanwhile, director David Leitch said that writer/producer Drew Goddard (The Martian; Cabin in the Woods) is developing an X-Force movie. Everyone wants to make more movies with Deadpool and his teammates, but it all depends on the vagaries of Hollywood studio deals.