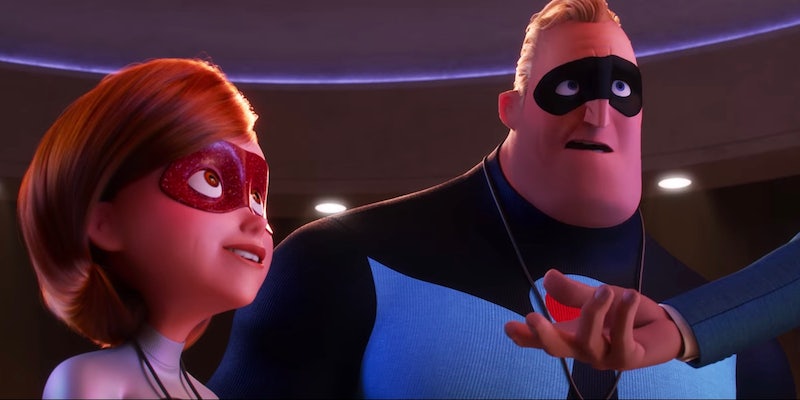 New ‘Incredibles 2’ trailer tries to give its superheroes a makeover

The Incredibles are facing even bigger challenges this time around.

In the newest Incredibles 2 trailer, superheroes are about to get an image revamp.

As Winston Deavor (Bob Odenkirk) leading an initiative to bring superheroes back into the public’s good graces with Elastigirl (Holly Hunter) at the forefront, it’s up to Mr. Incredible (Craig T. Nelson) to hold down the fort at home. Between a new form of math, “adolescence,” and Jack-Jack’s range of powers, it’s a lot for him to take on at once but he does so without giving any indication that it’s too much for him to take on.

Although we’ve seen hints of this before in the first trailer, their motivation is more clear: They’re breaking the law to change it, but they’re not trying to relive their glory days. They want to give their children a choice about who they want to be. And with a new villain emerging, Edna Mole with a new challenge, and a new iteration of an old gag that could potentially outstay its welcome, there’s more than enough to keep the Parrs’ hands full.

Incredibles 2 will arrive in theaters June 15.