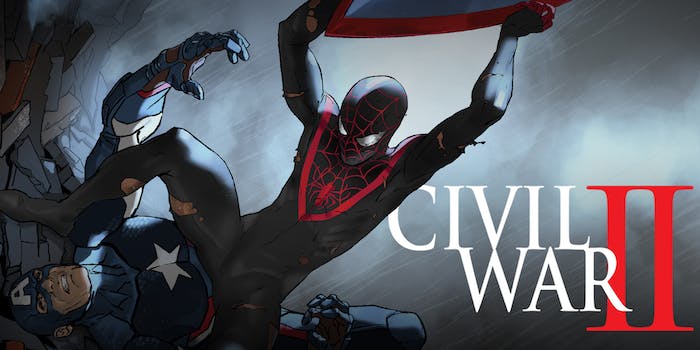 This decision suggests Marvel is aware of 'event fatigue.'

By blaming low sales on “diverse” characters, Marvel executive David Gabriel created an industry-wide furore. But in the midst of all this controversy, we missed another interesting statement from Gabriel. At the same Marvel retailer summit, he promised that Marvel Comics would take break from “event” storylines.

There’s a growing belief that readers are losing interest due to “event fatigue,” caused by an overabundance of crossovers. Right now, Marvel is gearing up to start Secret Empire, an event about Hydra Captain America.

At Marvel’s retailer summit, David Gabriel said, “At the end of Secret Empire, we do not have any big crossover event scheduled. We haven’t even talked about one for 18 months, at the very least.”

Marvel already has a couple of smaller events planned for later in the year, but this is still reassuring news. The Marvel universe just went through a massive reboot with Secret Wars in 2015, quickly followed by Civil War II last year. Then during the five month gap between Civil War II and Secret Empire, they launched Inhumans vs. X-Men.

So, while Gabriel’s “diversity” comments (rightfully) grabbed people’s attention, Marvel is also taking practical measures to engage with audiences again. Unless, of course, we have very different definitions of what constitutes a “big” crossover event.