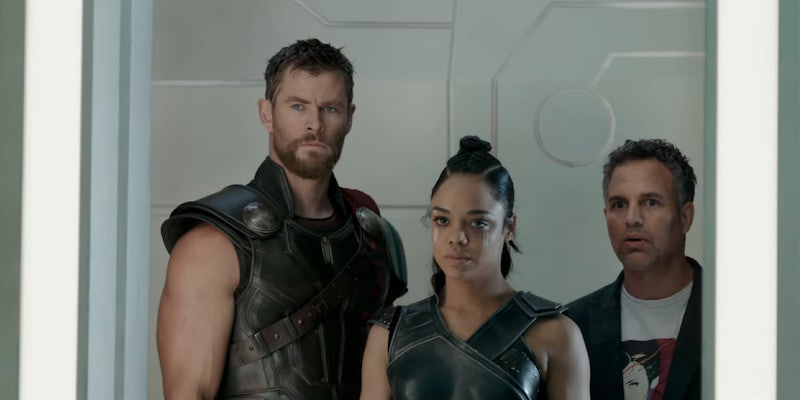 Superhero movies are now a seasonal occurrence at the box office, and it can be overwhelming to keep all the storylines and timelines and heroes and villains straight. Thankfully, you can watch most them at your leisure on Netflix. There’s a decent selection of superhero movies on Netflix: Some are sourced from comics, some are less traditional stories (and some we’re stretching the definition of a superhero for). They’ll all give you roughly two hours of entertainment and (probably) fight scenes. Here are the best superhero movies on Netflix right now.

The best superhero movies on Netflix

The most important thing I can tell you about Next Gen is that my kids loved it. The movie follows the unlikely friendship between a lonely girl, Mai, and a robot, 7723, that’s part of a nefarious, top-secret program. Yes, it shares many similarities with The Iron Giant (also available on Netflix). No, it’s not as good as that Brad Bird film. But the relationship between Mai and 7723 is charming, and Charlyne Yi and John Krasinski’s performances carry the movie. The rest of the cast—including Jason Sudeikis, Michael Pena, Constance Wu, and David Cross—does fine work and everyone hits the notes when called upon. —Eddie Strait

Instead of following a tired old structure for superhero origin stories, Black Panther dives into an expansive fantasy setting with an ensemble cast of shifting alliances. In that sense, it may be the best adaptation we’ve seen from Marvel Comics. Director Ryan Coogler and his co-writer Joe Robert Cole take some pretty complex political themes from the comics and articulate them in ways that even younger kids can understand. Gavia Baker-Whitelaw

The Last Jedi is a refreshing and intelligent continuation after The Force Awakens, with powerful emotional arcs for each of the main characters. Controversial due to its unexpected creative choices and quirky sense of humor, it’s one of the strongest films in the franchise. You won’t look at Luke Skywalker the same way again. —Gavia Baker-Whitelaw

The main cast of Avengers: Infinity War arrives with long-established backstories, setting the stage for an epic struggle against Thanos, an alien tyrant who wants to kill precisely half of all sentient life. The plot’s key driving force is thin and offers little in the way of character development, but Infinity War also outshines its predecessor, Age of Ultron, with hilarious jokes and stunning visuals. It’s an entertaining film and by no means a disappointment, but it’s otherwise kind of empty. Infinity War only serves to prepare viewers for Avengers 4 in 2019, and that’s no way to tell a story. —Gavia Baker-Whitelaw

This 1994 film might seem campy next to modern-day superhero movies, but no remake can replicate the oppressive darkness of The Crow. Brandon Lee’s embodiment of Eric Draven—a man who returns from the dead to avenge his murder and the rape and murder of his fiancée—is seamless, and made even more tragic by Lee’s accidental death on set. Director Alex Proyas doesn’t let any light in, sketching out a world where evil waits around every corner and the superhero can’t save everybody. But as Draven assures his young pal Sarah: “It can’t rain all the time.” —Audra Schroeder

A new Hellboy movie came out in 2019, but let’s not forget the original. This 2004 Guillermo del Toro film established Ron Perlman as the titular antihero, whose deadpan humor and unique origin story keeps the momentum going. Come for the World War II occult backstory, stay for the touching romance between Hellboy and Liz (Selma Blair). —Audra Schroeder

Ant-Man and the Wasp had the impossible task of following Avengers: Infinity War, and it wisely chose to do its own thing instead of trying to one-up Thanos. Hope van Dyne (Evangeline Lilly) and Hank Pym (Michael Douglas), who’ve been on the run from the FBI since the events of Captain America: Civil War, have built a tunnel that will take them into the Quantum Realm so they can rescue a trapped Janet van Dyne (Michelle Pfeiffer). But they need a missing piece of the puzzle from Scott Lang (Paul Rudd), who’s three days away from the end of his house-arrest sentence. With plenty of callbacks to the first Ant-Man, the visual and verbal gags mostly land, and the action scenes are engaging and take full advantage of its landscape. Though it probably won’t convert any viewers who aren’t keen on its titular hero, Ant-Man and the Wasp is a fun and humorous film that doesn’t overstay its welcome. —Michelle Jaworski

Psychokinesis, Yeon Sang-ho’s Netflix original movie about a guy who drinks magic spring water and becomes a telekinetic superhero, is silly in ways that will charm you. But for every laugh, you’ll find a moment that makes you roll your eyes. The hero is Seok-heon, a bank security guard who uses his newfound powers to help his estranged daughter Roo-mi, whose hot dog stand becomes the target of a generically villainous construction company. The movie moves quickly and Seok-heon and Roo-mi are a likable father-daughter duo, but the story lacks tension and the tone skews frustratingly toward silliness. —Eddie Strait

10) Spider-Man: Into the Spider-Verse

Directed by Bob Persichetti, Peter Ramsay, and Rodney Rothman, it’s a fresh and funny new take on Spidey’s origin story, focusing on Miles Morales (Shameik Moore) with a supporting cast of Spider-people like Peter Parker and Gwen Stacy (aka Spider-Woman). Miles arrived in the comics in 2011, an Afro-Latino New York teen who gained spider powers like Peter Parker. The movie brings him to a wider audience, introducing him as a dorky kid who just started at an intimidating new charter school, worrying about making friends and meeting his dad’s high expectations. —Gavia Baker-Whitelaw