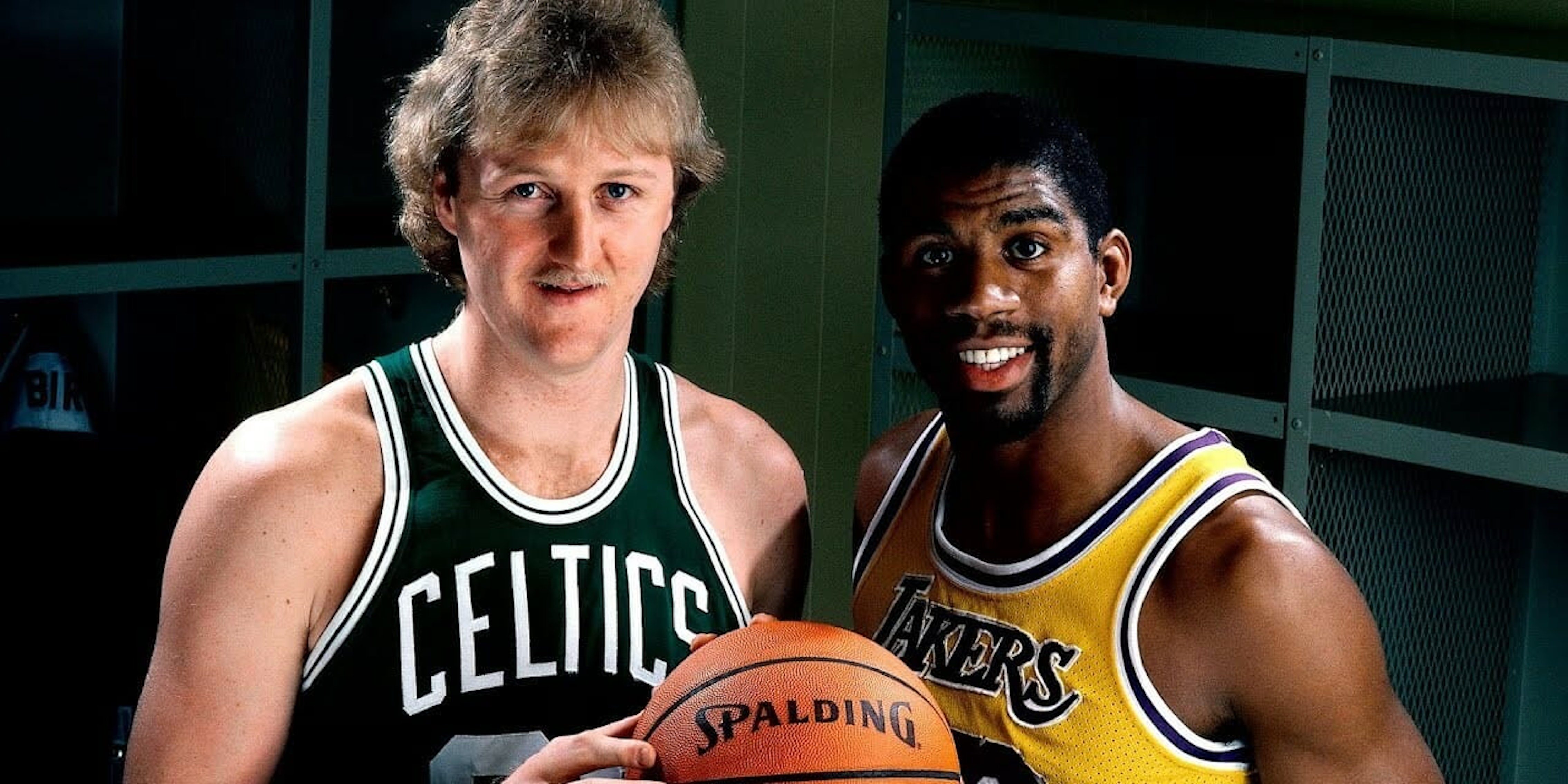 How to watch 30 for 30’s ‘Celtics/Lakers: Best of Enemies’ for free

It's a rivalry that defined a decade in the NBA.

The rivalry between the Boston Celtics and Los Angeles Lakers was bigger than basketball. It’s the original East Coast vs. West Coast beef, defining a glorious decade of the NBA that established dynasties and defined the careers of two of the greatest players of all time, as Magic Johnson’s Showtime battled Larry Bird and company. Produced by four-time Emmy winner Jim Podhoretz, 30 for 30’s Celtics/Lakers: Best of Enemies unfurls the history between the two teams over three parts and five hours, with narration from celebrity fans—Ice Cube for the Lakers and Donnie Wahlberg for the Celtics—and interviews with Johnson, Bird, Kareem Abdul-Jabbar, Kevin McHale, Jerry West, and plenty more.

Here’s everything you need to know to watch 30 for 30’s Celtics/Lakers: Best of Enemies online.

“What I love about the rivalry is there are so many aspects to it,” Podhoretz wrote. “You have legendary figures like Magic and Bird and Bill Russell and Jerry West. You have sublime basketball that is both unselfish and spectacular. And you have epic athletic conflicts. But what I’ve come to cherish in making the film are the personalities and passions of the players involved. The joy and the anguish and all of the other emotions that they express in telling their story are what bring the documentary to life. Their enthusiasm and recall for the rivalry was inspiring and we hope to capture that and take the viewers for a compelling and insightful ride.”

How to watch 30 for 30’s Celtics/Lakers: Best of Enemies for free

If you want to stream Celtics/Lakers: Best of Enemies, ESPN+ is your best (and only) option. Thankfully, your subscription comes with a free 7-day trial, and there are plenty of other reasons you’ll want to subscribe. For one thing, you can watch the entire 30 for 30 catalog—all 156 entries and counting—and 30 for 30 shorts. You’ll also get access to original series like Kobe Bryant’s Detail and NBA: Year One, which follows prominent rookies from the draft through the end of their first season.

ESPN+ functions as an extension of ESPN’s site and app. The content that’s marked with the golden “E+” logo in the corner is exclusive to the service and will be unlocked with your subscription. It’s incredibly easy to use and, from our experiences, provides excellent service and value.

Other ways to watch 30 for 30’s Celtics/Lakers: Best of Enemies