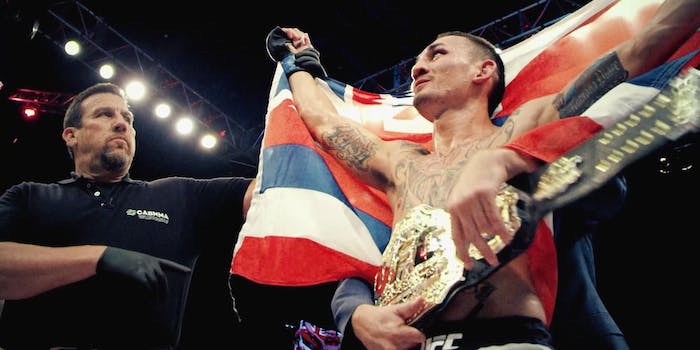 How to watch UFC 231 online

It's perhaps the best featherweight fight that can be made.

Featherweight champion Max Holloway was originally supposed to face the undefeated Brian Ortega in July, but Holloway had to bow out of the bout only days before while suffering from concussion symptoms. Now, both combatants are healthy and are ready to tear into each in the main event on Saturday night at Toronto’s Scotiabank Arena. Here’s everything you need to know to watch a UFC 231 live stream.

UFC 231 live stream: How to watch Holloway vs. Ortega online

You don’t need a traditional cable system subscription to watch UFC 231 online, but it’s still going to cost you to watch the card. Per usual for UFC events, it’s $54.99 for standard definition or $64.99 for high definition. It should be noted that the payment is only good for the five fights on the PPV card. To watch all the preliminary bouts, you’ll need to stream UFC’s Fight Pass and FS1 (you can find out how to do both below). Here’s everything you need to know to live stream UFC 231.

If you want to order a UFC PPV event on a live TV streaming service, Sling TV is the way to go. Though you have to already be a current or a previous Sling TV customer, you can sign up for a free seven-day trial here. At $25 per month, Sling TV is a good deal for those who have cut the cord. Check out the channels you’ll receive if you go with Sling Blue (above) which includes NFL Network,  NBCSN, FX, Fox Sports, and plenty more. You’ll also receive FS1, so you can watch the UFC 231 prelims on Saturday. To get the ESPN network of channels, you’ll have to upgrade to Sling Orange + Blue at $40 per month (you’ll still get your free seven-day trial). Here’s a complete guide to Sling TV channels.

If you’re an Amazon Prime subscriber, you don’t have to do anything special to live stream this fight. Sign in like normal, click to order, and start streaming with your choice of device. Amazon Prime makes it real simple to watch Holloway vs. Ortega.

If you’d rather simply pay UFC directly, you can live stream UFC 231 directly through its service. You’ll need to sign up for a UFC account, but it’s easy to get started if you have one of the devices listed above.

Other ways to watch a UFC 231 live stream:

You can also find a bar offering a UFC 232 live stream here.

Get ready for the UFC 231 live stream with four preliminary bouts on FS1, starting at 8pm ET:

We have a complete guide for streaming FS1 here, but we’ve copied all of the essential info below. Note: If you use Sling TV to watch the UFC 231 live stream, you can also it to stream the prelims on FS1, assuming you subscribe to either the Sling Blue or Sling Orange + Blue package.

UFC Fight Pass is a great tool for those hardcore (and maybe not so hardcore) MMA fans who want to watch all the undercard bouts and some behind-the-scenes footage. Be forewarned, though: You can’t watch the main PPV fights on this service. You can only watch these preliminary bouts.