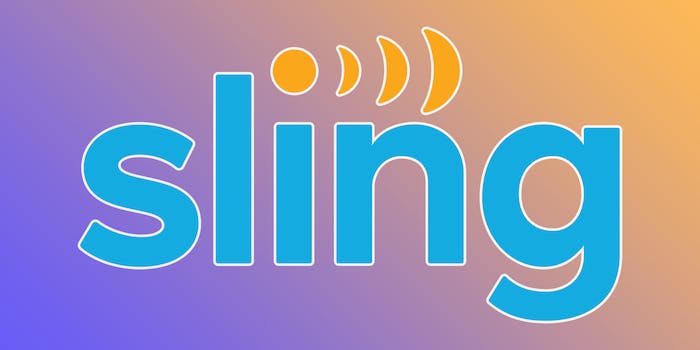 What channels does Sling offer? Just about every single one.

Sling TV is perhaps the most a la carte streaming service. It offers two main channel suites that suit streaming needs for most, if not all TV audiences. Sling TV Channels suites comprise channels from both domestic and international offerings.

Deciding what your personalized channel package will be can be a little daunting. Luckily, we’ve put together a Sling TV Channels primer to make it a little easier.

Sling’s two main channel suites are divided into Blue and Orange channel suites. Alone, they are $35, but you can nab both together for $50.

Once, Orange was less expensive than Blue, making that a factor in the Orange vs. Blue debate, but now the key differentiator is the ESPN and Disney quartet. If keeping your sports options open and your kids happy is important, you’ll want to move toward either Orange or Orange + Blue. But read on to see what Blue offers for the same price as Orange.

The Sling Blue channel lineup has almost everything you’re looking for in a sports package—NFL Network, FS1 and FS2, NBCSN, TNT, and TBS—with the obvious exception of those aforementioned ESPN channels. With Sling Blue, you’re getting 47 channels, including FX and SyFy. The Blue package also includes all three major news networks, MSNBC, CNN, and Fox, while the basic Orange package just has CNN. Otherwise, there’s a lot of overlap with the Sling Orange package.

Sling Blue used to be a little more expensive than Sling TV’s other basic package, Sling Orange. While both now start at $20 for the first month, Sling Blue provides a much better value. That’s because it offers more exclusive channels and three times as many concurrent streams. If you’re looking for the biggest number of channels for the least amount of money, Sling Blue is rivaled only by the budget-minded streaming service Philo.

Sling Orange + Blue combines the two packages into one comprehensive lineup of more than 50 channels. It’s only six more channels than Sling Blue, so whether that spend is worth it is up to you. If you can live without ESPN and the Disney Channel, you may be better served by just Sling Blue. But that could be a big if, depending on your household.

What local channels are on Sling TV?

Sling TV needs work in the local channel department. That’s something the service itself understands. Few other streaming services go out of the way to explain how to get over-the-air local channels. That’s because Sling only offers two local channels, Fox and NBC. Even then those channels are only available in select markets, and only if you’re a Sling Blue or Sling Orange + Blue customer.

Everyone else will need to either invest in an HD antenna to pick up The CW, ABC, and CBS, or you can invest in standalone apps like CBS All Access. You can check if Sling offers local channels in your area by going here and entering your ZIP code.

Then again, that’s where AirTV comes in.

When it comes to add-on channels, Sling TV has more options than basically anyone. Unfortunately, that means its add-ons can sometimes get confusing. Most of Sling TV’s add-on packages have different channels and sometimes different pricing depending on whether you’re adding onto a Sling Orange or Sling Blue package. Here’s what you can add and what you need to know.

Sling TV has a robust set of international packages offering channels in a variety of language packs, featuring programming from all over the world.

Regions of the world with language-specific packages include:

There are a number of Spanish-speaking regions represented in Sling Latino. While the Best of Spanish TV package described below might have enough to satisfy the Spanish-speaking members of your household, you can also choose from one of these Extra packs for $5 a month to get region-specific or interest-specific programming:

There are also eight premium channels en Español to enhance a subscriber’s bilingual or Spanish-only experience.

Cost: $10 per month (or $35 a month combined with Sling Orange or Sling Blue)

This is an awesome collection of Spanish programming that positions Sling TV to directly compete with FuboTV. Users looking for a more complete Spanish language package should look at Sling Latino.

The sheer number of add-ons that Sling TV offers can be daunting, but if you’re looking to enhance your package, you can bundle and save. Sling TV’s Total TV deal is a $45 per month value for just $20 per month. It includes the enhanced Cloud DVR, along with the following channel packages: Sports Extra, Kids Extra, Comedy Plus Extra, News Extra, Lifestyle Plus Extra, Heartland Extra, and Hollywood Extra.

For Sling Orange subscribers, that adds over 70+ channels to your overall Sling package for just $20 a month, including MTV, VH1, and Disney Jr. For Sling Blue subscribers, it’s 67 extra channels with the Total TV deal.

Both Sling Orange and Sling Blue has separate channels in some of these packs. The only way to get everything Sling TV offers is to sign up for both Sling Orange + Blue and then add Total TV. Still, that adds up to just $65 per month instead of the $90 you’d pay for everything individually.

Don’t need everything that comes with the Total TV package? The Four Extras Deal might be for you. You get Comedy Extra, Kids Extra, News Extra, and Lifestyle Extra for just $12 per month. Each of those packages retails for $5 per month, so you’ll save $8 per month bundling them together. Remember there are slight differences between the channels offered in these packages, so continue reading to see what you get.

This package brings 15 sports channels to your Sling Orange plan.

There’s a lot to like in this Sling TV package, but I don’t see why it’s labeled comedy. You’d expect some standup-specific programming.

This doesn’t include TruTV, which is already included in the Sling Blue channel lineup. It does, however, include Paramount Network, a staple of the Sling Blue package before its Sept. 2020 migration.

A crash course in classic movies, full of movies you probably need to see but haven’t.

This is world news of varying quality.

A solid if random block of programming for retired moms and the Black community, most of which is available in Sling Blue.

Comparable to what’s available in the Sling Orange version, but with E! and VH1.

Like its Orange counterpart, but with Nat Geo Wild.

Sling TV has made huge strides since launching in its addition of premium channels. While the pricing is fairly standard from what you’ll find elsewhere, it’s convenient to bundle your services together. Unfortunately, HBO and Cinemax were pulled from the service in November 2018, but there are plenty of other premium options to choose from. Here’s the complete listing of channels, including Showtime for $10 per month and Starz for $9 per month.