15 action movies on Netflix that kick a** and take names

If you need a shot of adrenaline, start here on Netflix.

If you’re in the mood for a movie with some kick, Netflix has your back. There aren’t a lot of classic action movies on Netflix available at the moment, but it does have an interesting array of foreign movies and other action movies that fly under the radar of most viewers. But for every Die Hard or Terminator or Speed that you currently won’t find on Netflix, there’s something you haven’t heard of that’s waiting to become your new favorite. Put your dukes up and punch play. These are the best action movies on Netflix.

The best action movies on Netflix

1) Indiana Jones and the Raiders of the Lost Ark

Stephen Spielberg’s 1981 blockbuster set the standard for what a modern action-adventure film should be. Fresh off the success of Star Wars: Episode V – The Empire Strikes Back, Harrison Ford stars as Indiana Jones, a swashbuckling archaeologist who’s got to fight off a group of Nazis searching for the Ark of the Covenant. Shootouts, bar brawls, booby-trapped tombs, bloodthirsty natives, evil spirits: Jones handles them all with muscle and swagger, trusty bullwhip firmly in hand. Raiders of the Lost Ark is a smart, stylish, breathtakingly fun film that has earned its place in the U.S. Library of Congress‘ National Film Registry. —Bryan Rolli This well-executed Brazilian shoot-em-up flick cuts no corners in telling its serpentine story and spares no gory details. Branded as O Matador outside of the United States, the film stars Portuguese actor Diogo Morgado as Cabeleira, a manchild assassin searching for his adopted father through the lawless badlands of Pernambuco. —Kahron Spearman Wheelman stars Frank Grillo as a professional getaway driver who finds himself with $200,000 in his trunk and some very bad people on his tail after a bank job goes pear-shaped. Staged almost entirely within the confines of the car, Wheelman blends an intense neo-noir storyline with a gritty, charismatic lead performance by Grillo. More French Connection than The Fast and the Furious, Wheelman is a ride well worth taking. —David Wharton Steven Chow’s Kung Fu Hustle isn’t based on an anime, but it’s the closest we’ll ever come to experiencing a Dragon Ball Z or One Punch Man fight on screen. This tale of hubris and unexpected power focuses on a war between the residents of a slum and the brutal Ax Gang. At the center is Sing, a loser con man who dreams of joining the gang one day. Explaining more would give away the best gags in this hysterical comedy-action hit, but don’t let that fool you. The fights here are just as furious as anything you’ve ever seen.   – John-Michael Bond Upon its release, Olympus Has Fallen was savaged by critics for its absurd screenplay and over the top violence. Ironically, that’s exactly why Olympus Has Fallen developed a loyal cult following, eventually leading to two theatrical sequels. The film follows a disgraced Secret Service agent has he tried to infiltrate the White House after it gets taken over by North Korean terrorists. Gerard Butler, Aaron Eckhart, Morgan Freeman, Angela Bassett, and Ashley Judd bring an air of gravitas to this over the top action extravaganza. Set aside its problematic geopolitics and settle in for a great time. – JMB Donnie Yen, one of the most well-known martial artists in the world, plays the titular Ip Man in director Wilson Yip’s trilogy. This first film kicks off in the 1930s and centers around the Japanese invasion during the Second Sino-Japanese War and how if affects Ip’s life. It shows his evolution from a reserved man to the legend who would go on to train Bruce Lee.

Picking up a few years after the events of Ip Man, this film finds Ip relocated to Hong Kong and continuing to teach the ways of Wing Chun. Yen continues to excel in this role, in the dramatic moments just as much as he does when it’s time to throw down.

After two successful films, the Ip Man trilogy pulls out all the stops for the capper. Mike Tyson joins the fray to add a little juice to a series whose cup already runneth over. This one features the relationship between Ip Man and a young Bruce Lee (played by Danny Chan). Once again Ip Man proves himself to be a grandmaster, while Yen and the film prove themselves worthy of telling his story.

10) What Happened to Monday

In a future where siblings are strictly prohibited, families with multiple kids are forced to hide from the government. When one of seven sisters disappears, her siblings have to work together to find her from the confines of their home before they’re found by the spooks. Noomi Rapace plays all seven sisters, and watching her interact with herself is almost as fun as watching the sisters during the action scenes. A Netflix original movie, What Happened to Monday is a fun, fast-moving, and thrilling sci-fi romp.

In the world of underrated Will Ferrell movies, no title deserves rediscovering like 2010s The Other Guys. For decades action movies have placed a spotlight on the adventures of gun-toting hero cops like Riggs, Murtaugh, and Callahan. Now it’s time to meet the other guys, pencil pusher Detective Gamble (Ferrell) and his disgraced partner Detective Hoitz who once shot Derek Jeter by mistake. Together this unlikely duo set out to fight a bloodthirsty corporation and an ocean of cop movies cliches along the way. Come for Ferrell, stay for Michael Keaton quoting TCL the entire movie. – JMB Before Brie Larson became a megastar with Captian Marvel she honed her action chops it this brilliantly ballistic crowd pleaser. 2016’s Free Fire is an action-packed black comedy about an arms deal gone wrong, leaving two rival gangs stuck in a warehouse full of guns and grudges. Beyond Larson, the cast is still bonkers, with Sharlto Copley, Armie Hammer, Cillian Murphy, and Jack Reynor rounding out the sharply dressed crew of killers. Free Fire doesn’t break new ground, but it shows just how far a little redesigning can go to spruce up a familiar idea. – JMB 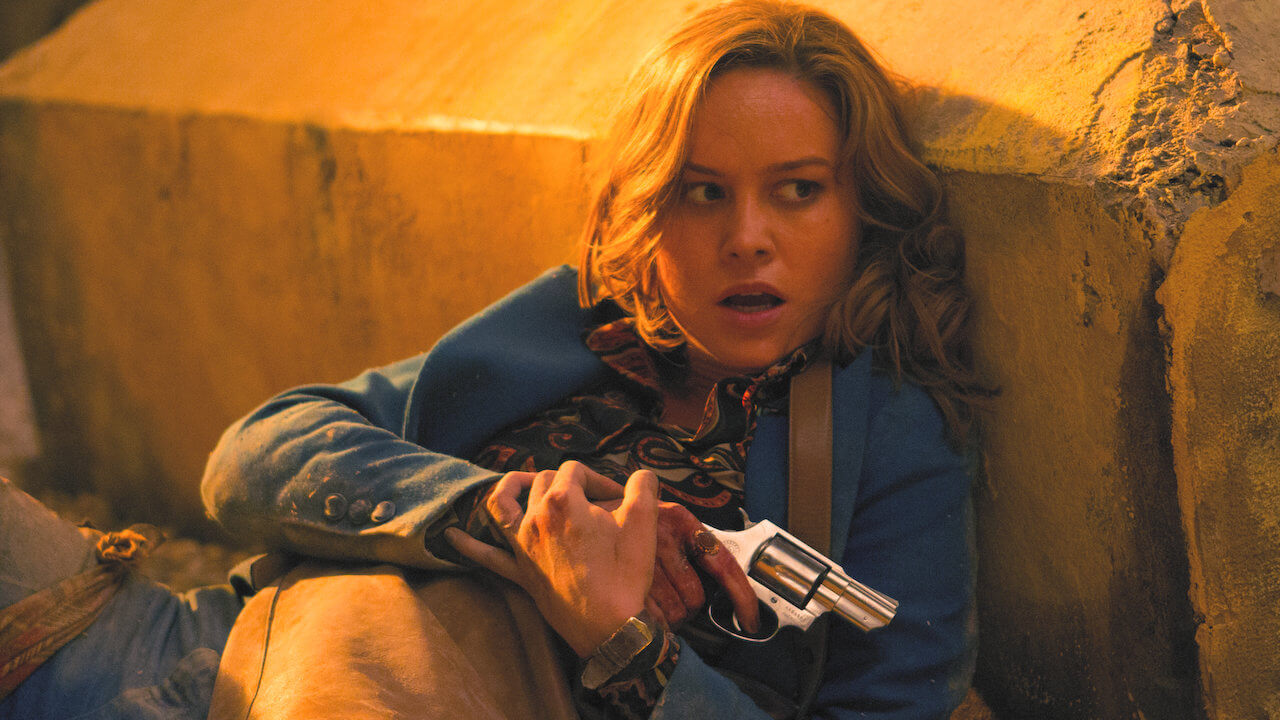 Following the likes of Message From the King, Triple Frontier, and 6 Underground, Extraction is the latest generic Netflix action movie with an A-list lead. This time, it’s Chris Hemsworth, who teamed up with fellow Avengers: Endgame alum Joe Russo and Sam Hargrave. The writing/directing pair traded in the epic scale of the MCU but kept the same level of bombast. Extraction is a propulsive, bone-crunching flick that balances great action scenes with a painfully dull story. Is stealing an abominable crime or a necessary evil? That question propels much of Netflix’s new Pickpockets, a Colombian crime-action flick centered around two teenagers, Fresh and Doggy, who struggle to get ahead on their own terms. The best friends become apprentices to a master pickpocket and quickly realize that as their paydays get bigger, their stakes get higher. Eventually, they’re forced to rely on their own skills and loyalty to each other to escape several life-or-death situations. Pickpockets follows the classic crime-action formula to a tee, but its protagonists deliver such exciting performances that it’s easy to go along for the ride. —Bryan Rolli John Woo gets back to basics with the melodramatic and ridiculously entertaining Manhunt. After waking up in bed next to a dead woman, Du Qiu finds himself accused of her murder. To prove his innocence he must go on the run while he looks for evidence. On his trail is detective Yamura. The two men find himself in shootout after shootout and chase after chase. If you’ve ever enjoyed one of Woo’s action movies, you’ll get a kick out of Manhunt.