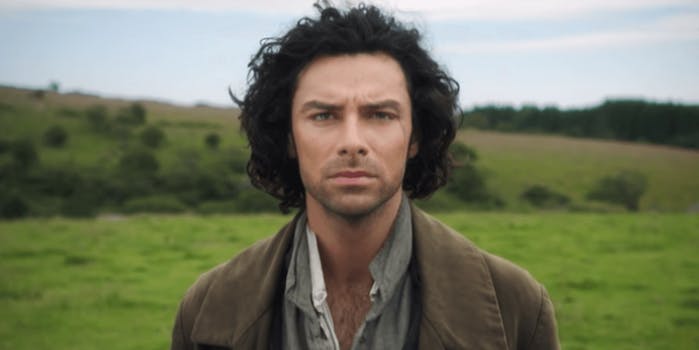 How to watch ‘Poldark’ online for free

Watch the 18th-century drama in your 21st-century home.

PBS has a hit on its hands with Polkdark, a period drama about a Revolutionary War Redcoatvet who returns home only to discover the life he left behind in ruins. Based on Winston Graham’s Poldark novels, this Masterpiece Theater series is full of beautiful sets and dark twists. But you don’t have to wait to catch episodes on PBS. Thanks to streaming media, it’s easy to watch your favorite 18th-century period drama from the comforts of your 21st-century home. Here’s how to watch Poldark online for free.

How to watch Poldark online for free

Good news for Amazon Prime subscribers: The first three seasons of Poldark are streaming now as part of your membership. If you’re already caught up, Amazon can still help you catch new episodes each week. It’s possible to buy new episodes individually for $2.99 apiece, but you’ll get the best deal with the PBS Masterpiece Prime channel. For just $5.99 per month, you can watch Poldark online along with all the other great Masterpiece Theater programming on the app. You’re already invested in a period piece with Poldark, so why not subscribe to PBS Masterpiece and get involved in a few more?

Cost: Free (most recent episodes only) | $5 per month or $60 per year for everything if you support PBS
Devices: PC, Android TV, iOS, Android, Roku, Apple TV, Amazon Fire TV

If you’re boycotting Amazon, you can go directly to the source to get your Poldark fix. PBS offers free streams of the most recent episodes of Poldark on its website. However, if you missed any of the earlier episodes, you’ll need to cough up some dough. The good news is, the money you spend is technically a tax write off. PBS allows access to its Premium content for the cost of a donation to your local PBS station. To access this stream, simply visit the PBS website and follow the links for PBS Now. When you’re done, you’ll be able to access PBS content on any of the nonprofit’s apps. You’ll also unlock over 1,500 episodes of other PBS programming.