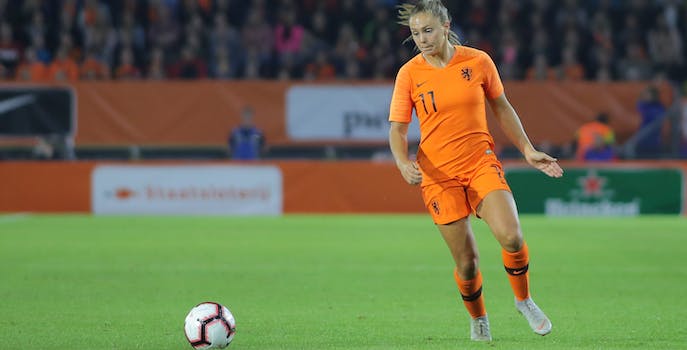 How to watch the Netherlands vs. Sweden at the World Cup for free

The Netherlands and Sweden duel on Wednesday for the right to face the United States in the Women's World Cup final.

Though the United States has been a big part of the 2019 FIFA Women’s World Cup story, so has Europe—seven of the eight quarterfinalists have been from the host continent. The 2020 Olympics are also using the Women’s World Cup as its qualifier tournament, with only the top three teams from Europe making it through. That means that lauded France and Germany won’t send teams to that big competition—whereas the three semi-finalists will, including England (which became the latest team to fall to the U.S. on Tuesday), and the Netherlands and Sweden, which face off Wednesday for a place in the finals.

The Sweden that played the U.S. in the group stages (which the U.S. won 2-0) wasn’t the full-strength Sweden that outmuscled Germany to get to this phase of the tournament. To earn a rematch, it’ll have to get past the fleet-of-foot Oranj, which boasts one of the best front three in international soccer and some solid midfielders behind them.

Here’s everything you need to know to watch the Netherlands vs. Sweden at the 2019 FIFA Women’s World Cup.

Each of the following services carries FS1, providing a one-week trial and therefore an easy way to watch Netherlands vs. Sweden at the 2019 Women’s World Cup for free.

Sling TV provides two base channel package options, each priced at $25 per month. Sling Orange includes three ESPN channels, while Sling Blue includes sports channels like NFL Network, FS1 and FS2 (where much of the Women’s World Cup action has played out), NBCSN, and local channels including Fox (where the finals will be). If you’re Team “Why Not Both,” Sling Orange + Blue combines the two for just $40 per month. To add beIN SPORTS and maximize your soccer-watching potential, you’ll want to add either Sports Extra: Sling Orange ($5 per month) or Sports Extra: Sling Blue ($10 per month). (The latter also includes NFL RedZone.)

Spanish-speaking viewers have quite a few options. For bilingual families, you might consider the Español: Best of Spanish TV package for either Sling Orange or Sling Blue for 24/7 specialty channel LaLiga TV and beIN SPORTS Connect: Channels 4-9, which features matches from La Liga, Ligue 1, and Copa del Rey, among others. Both packages cost $5 per month after your free trial. Sling TV Latino is another Spanish-language package for $10 per month, including NBC Universo, History en Español, and—of import to soccer fans—four beIN SPORTS channels. (And choosing Sling TV Latino + Sling Orange for $30 per month gives you access to ESPN Deportes.) For more information, check out our guide to Sling TV channels and our Sling TV review.

PlayStation Vue is a fantastic option for soccer fans who already own a PlayStation console, but this streaming platform is available on a variety of devices. FS1 and FS2, where the bulk of Women’s World Cup coverage has played out, are part of the Core package of channels that offer soccer and other sports programming, and the options increase at the Elite, and Ultra levels.

Netherlands vs. Sweden: Why it matters

The winner faces the U.S. in the finals, and either matchup presents enticing narratives. The U.S has a history with Sweden, which includes Sweden knocking the U.S. out of the 2016 Olympics earlier than expected, whereas the Netherlands may present the American defense with an even sterner test than it faced against France last Friday.

For the Netherlands, you’ll want to look for Lieke Martens, Vivianne Meidema, and Shanice van de Sanden up top—Meidema already has 60 international goals at age 22, Martens was named the best FIFA women’s player in 2017, and van de Sanden is an explosive winger who first started for the senior national team a decade ago as a 16-year-old. They’re backed in the midfield by Meidema’s Arsenal teammate, the delightfully named Danielle van de Donk, as well as freekick specialist Sherida Spitse.

Sweden’s got talent as well, starting with Kosovare Asllani and Caroline Seger, typically in the midst of any Swedish attack. Forwards Sofia Jakobssen and Stina Blackstenius are clinical finishers who have both scored in this tournament.

Whoever loses will face England in the third-place match on Saturday, and it’ll be good to have one more showcase for either of these exciting sides. But, of course, both teams are aiming for Sunday, and a chance to make history with a first-ever title.