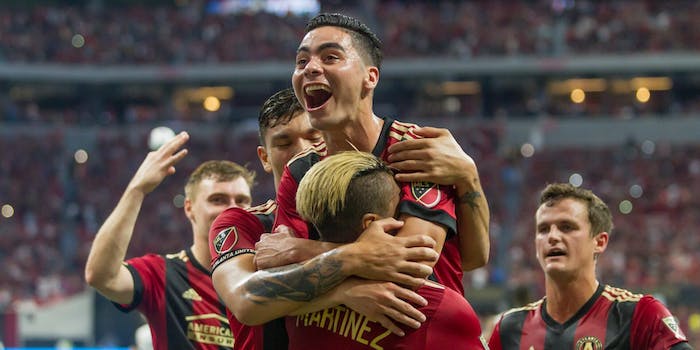 How to stream MLS games all season long

Don't miss any of the action.

The 2019 Major League Soccer season is already underway, and it’s never been easier to stream all of the must-see games. That’s thanks in part to ESPN+, a relatively new subscription service that’s quickly become the go-to source for MLS action, and the rise of live TV streaming services, which make it easy to watch the channels that show MLS games: ESPN, ESPN2, FS1, and Fox (in English), and Fox Deportes, UniMas, and ESPN Deportes (in Spanish).

This comprehensive guide offers everything you need to get ready for the 2019 season: a list of the teams, the full TV schedule of games, and your best options for live streaming MLS games.

MLS live stream: How to watch the 2019 season online

One of Sling TV‘s introductory packages, Sling Blue (just $25 per month), includes FS1 and Fox, though you’ll want to double-check Fox’s availability using the link above. If you also want to get ESPN2, you’ll have to upgrade to Sling Orange + Blue, which costs $40 per month and includes a full suite of ESPN channels. (Here’s a complete guide to Sling TV channels and our Sling TV review.)

I’ll be blunt: If you want to watch MLS games, you need to invest in ESPN+. You can add up all the matches shown across every other channel or service and it still won’t even come close to what you’ll get with ESPN’s new subscription service. For just $4.99 per month, you can watch every MLS out-of-market game. That’s a fraction of what you’d pay if we were talking about the NBA or NFL. (It’s also the local-market home for the Chicago Fire, meaning you’ll be able to stream all 23 Fire matches if you live in the Chicago area.) But there’s a lot more to love about ESPN+. You’ll get 20 UFC Fight Night events per year, the entire catalog of 30 for 30 documentaries, and a ton of additional sports programming. It’s the best value in all of sports streaming.

Hulu with Live TV gives you all the regular channels for streaming the MLS games on national TV in one comprehensive package. (Here’s the complete list of Hulu Live TV channels.) Even better, every subscription unlocks Hulu’s full on-demand library, so you’ll never lack for something to watch. (Here are our picks for the best movies on Hulu, Hulu documentaries, anime, and the must-see Hulu originals.)

Planning on sharing your subscription with family or friends? Check out PlayStation Vue, which offers unlimited cloud DVR and lets you stream on up to five devices at once, so you never have to worry about who’s watching what on and on which device. Its entry-level package, the $44.99-per-month Access package, has everything you need to watch MLS games (ESPN, ESPN2, FS1, and Fox), plus essentials like FX and AMC. (Here are all of PlayStation Vue channels.)

Like Hulu with Live TV, YouTube TV offers only one block of live TV channels, and if you’re a sports fan, there’s a lot to love. In addition to MLS channels ESPN2, Fox, and FS1, you get a handful of specialty options like Big Ten Network, NBA TV, and MLB Network. More importantly, it’s the only service that offers channels dedicated to MLS teams, with channels for the Seattle Sounders FC, Los Angeles Football Club, and Orlando City SC. (You can find the full list of YouTube TV channels here.)

DirecTV Now, the online-only version of DirecTV, comes in four different sizes, but even its smallest package, the $40-per-month Live a Little, includes more than 65 channels. If you prefer to watch the MLS season on Unimas, you’ll want the Spanish-leaning Todo y Mas package. (You can view the full DirecTV Now channels list here.)

Now in the second year of a three-year partnership, you can watch select MLS games for free on Twitter. (You’ll find the full schedule below.) The games will be available on both via @UnivisionSports and @MLS. It’s the best reason I’ve heard in some time for being on Twitter.

To ensure you see all of the prime-time action on national TV and all of the other MLS games you might want to catch, I’d recommend pairing ESPN+ ($4.99 per month) with YouTube TV ($40 per month). That means for $45 per month, you’ll be able to watch every single game, and you’re getting a world-class live TV streaming service to boot. If you’re really strapped for cash, just get ESPN+. You won’t regret it.