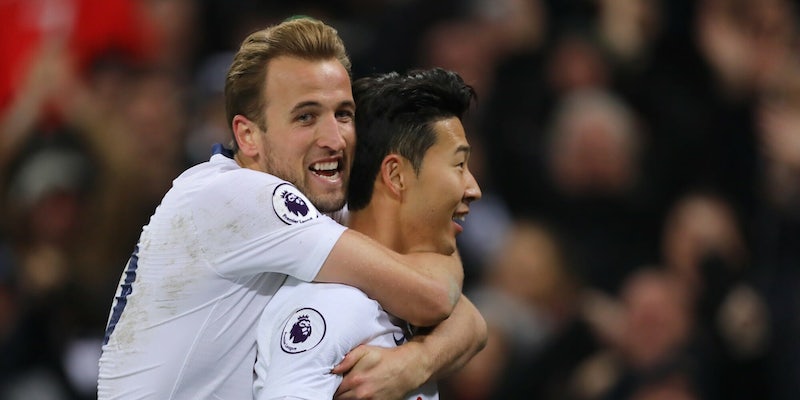 How to watch the Champions League Final online for free

Two English teams will face off in the Champions League Final on Saturday for only the second time ever.

In an era in which Spanish and German teams have dominated Champions League play, it’s unusual to have one let alone two English teams in a Champions League Final. But on Saturday in Madrid, the world gets exactly that, as two top-four Premier League finishers in Liverpool and Tottenham Hotspur face-off. It’s been miraculous for each team to get to this stage. Liverpool overcame a 3-0 first-leg deficit to mighty Barcelona by beating the La Liga champions 4-0 at Anfield—a match that will live on in Champions League lore regardless of what happens on Saturday. Spurs, meanwhile, went down to Ajax in the second leg in Amsterdam but got a trio of goals from Lucas Moura—the last coming on the match’s final kick—to advance to the finals. Now, both English teams bring their dramatic flourishes to what is one of world soccer’s most-watched annual matches.

Here’s everything you need to know to watch Liverpool vs. Spurs.

Each of the following services carries TNT, providing a one-week trial and therefore an easy way to watch the UEFA Champions League Final for free.

FuboTV is a solid TV streaming service option, whether your tastes run to entertainment (AMC, Syfy, FX), news (MSNBC, CNN), or sports (NBA TV, NFL Network). If you’re a soccer fan, however, it will appear tailor-made for you, with 10 beIN SPORTS channels, NBCSN, FS1, FS2, UniMás, and Champions League and Europa League action via TNT all on tap. If you can’t watch a match live, FuboTV offers a three-day replay for each match and 30 hours of cloud DVR. (Check out the complete FuboTV channels list and our comprehensive FuboTV review.)

PlayStation Vue is a fantastic option for soccer fans who already own a PlayStation console, but this streaming platform is available on a variety of devices. TNT is part of the Core package of channels that offer soccer and other sports program, and the options increase at the Elite and Ultra levels.

YouTube TV is a great option for soccer fans, including TNT for Champions League and Europa League matches, NBCSN for Premier League matches, and broadcasting partnerships with three MLS teams. (Take a look at the full list of YouTube TV channels here.)

Liverpool vs. Tottenham Hotspur: Why It Matters

First off: It’s the Champions League Finals! It’s arguably the most coveted trophy in soccer, and before Chelsea won it by upsetting Bayern Munich in 2012, the last English team to win it was Manchester United in 2008.

Liverpool won the title in 2005 and have five European Cups in total, the most of any English team. The team vying for this year’s championship is arguably the most talented Liverpool team ever assembled, with an international cadre of creative attacking players (including Egyptian striker Mohamed Salah, Senegalese winger Sadio Mane, and Brazilian striker Roberto Firmino), a Dutch anchor in defense (Virgil van Dijk), and an irrepressible German coach (Jurgen Klopp) leading the way.

Spurs have never won the Champions League, last won the league title in 1961 (back when it was known as the First Division), and last picked up silverware in 2008 in winning the League Cup. Clearly, Tottenham fans are hungry for a victory, and much of their success likely hinges on whether English striker Harry Kane can return to action. They’ve clearly advanced in his absence—with Moura and South Korean striker Son Hueng-min deserving much of the credit—but given how instrumental Kane’s been to Spurs’ recent run of success, it wouldn’t be the same without him being part of the festivities.