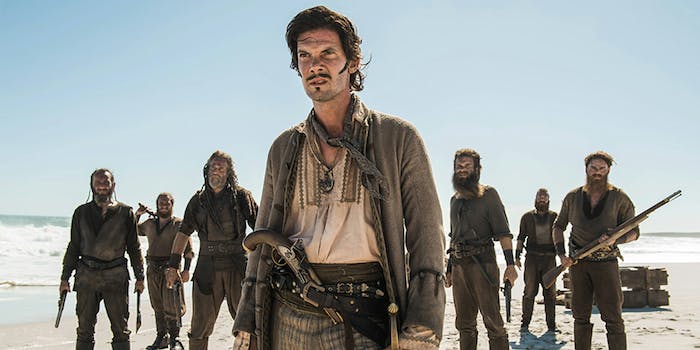 How to watch ‘Black Sails’ online

Real-life pirates rule the seas in this prestige TV swashbuckler.

Pirates are straight-up baddies. Captain J. Flint, Jack Rackham, Charles Vane, Ned Low, Israel Hands, and Blackbeard are all real-life pirates who ruled the seas, plundered booty, and fought off every world power to survive on a shrinking globe in the age of colonialism.

Black Sails covers these rogues from the West Indies island of New Providence, fresh from being declared hostis humani generis (enemies of mankind) by every country with a navy. The pirates’ response? Nothing less than war, against anyone who stands in their way. Black Sails not only offers a fantastic, occasionally fictional account of this maritime era, but offers all the good stuff synonymous with pirates. You know, treasure hunting, swashbuckling, and even the occasional plank walk. After four gripping seasons, Black Sails finished its voyage, plastering its place as a deep cable cut worthy of binging.

Here’s everything you need to know to watch Black Sails for free.

How to watch Black Sails for free

If you want to watch every season of Black Sails in one place, there’s no better option than Hulu. The streaming service, which just slashed the cost of its ad-supported version to a mere $5.99 per month, offers all of Black Sails episodes on-demand. You can also upgrade to Hulu No Commercials for $11.99 per month. Plus, since you get a week-long free trial before you have to spend a penny, it’s a great place to watch Black Sails for free. You can also upgrade to Hulu with Live TV, which costs $44.99 per month and comes with ESPN, ESPN2, the CW, HGTV, TNT, and CNN—not to mention complimentary access to Hulu’s back-catalog.

How to stream full episodes of Black Sails

Black Sails is one of the Starz channel’s best shows, and you can catch every season on the premium cable network. The channel is available on a handful of the major live TV streaming services. When trying to decide which one is best for you, you’ll want to weigh the cost, the other channels you’ll receive, and the compatible devices for streaming. Thankfully, no matter which service you pick, you’ll start with a one-week trial, so you can watch Black Sails for free.

The Starz standalone app is the most direct way to stream Black Sails, even if it is without the frills of additional channels. You can watch all new and past episodes of Starz shows like American Gods, but you’ll also gain access to other Starz shows like Power and Outlander, along with the current lineup of Starz movies.

If you’re always online, there’s a good chance you’re already tapping your Amazon Prime account for your streaming needs. Prime Streaming is only $119 per year, but you can try it for 30 days free. Adding Starz to your Prime Video channels lineup couldn’t be simpler. Once added, you’ll not only be able to catch Black Sails, but watch all those episodes you missed on-demand. You can also try the Starz channel add-on free for a week before you commit to the $8.99-a-month subscription.

How to watch Black Sails episodes

This is by far the costliest option, but you have the permanence of owning the shows. Every episode of Black Sails seasons 1-4 is available for purchase à la carte from Amazon Video. Single episodes are available for $2.99 while entire seasons run $9.99. 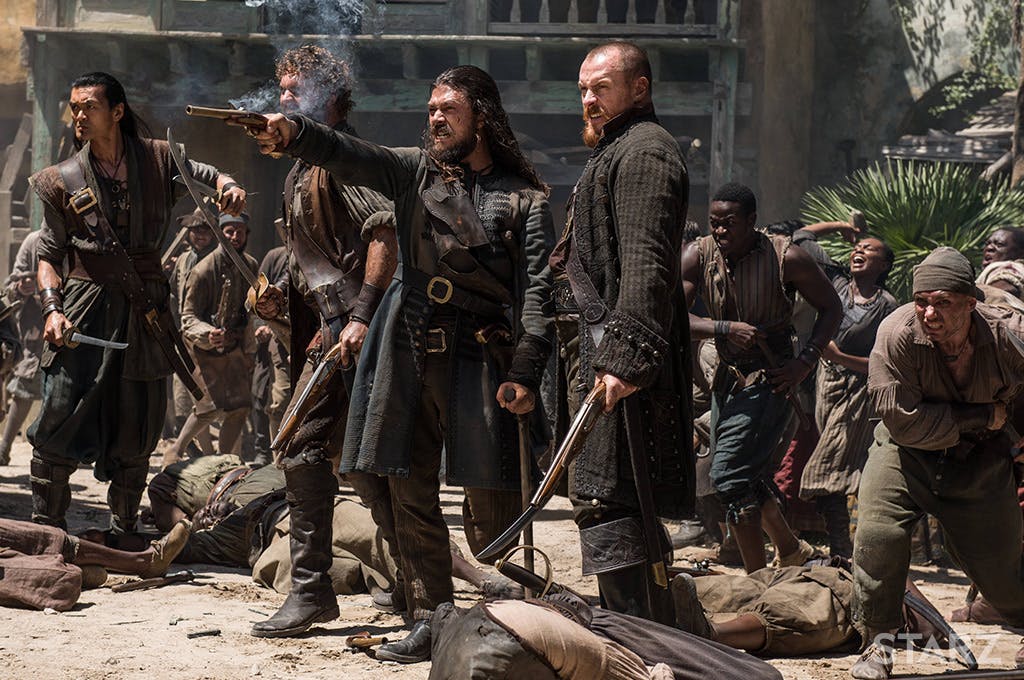 Yes. Black Sails ended in 2017 after a four-season run.

On what channel did Black Sails air?

How many seasons of Black Sails are there?

There were four seasons of Black Sails before it ended in 2017.