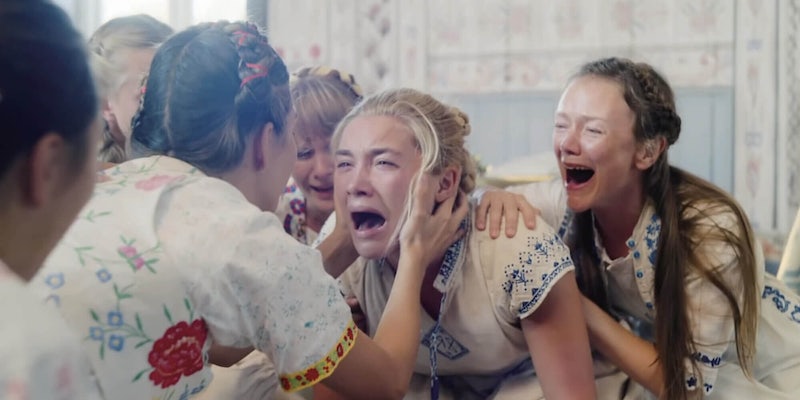 The best horror movies of 2019

From 'Midsommar' to indie hits like 'Level 16,' we've got you covered.

2019 was another fantastic year for horror cinema, from crowd-pleasing hits like Crawl to more offbeat offerings like the teen feminist thriller Level 16. It was also a big year for Stephen King adaptations, with Pet Sematary, Doctor Sleep, In the Tall Grass, and the hugely popular IT: Chapter Two, none of which made it onto our list, but hey, some were relatively watchable!

Horror can be hard to define because it’s often more about tone than obvious genre tropes. For instance, some critics categorized The Lighthouse as horror, partly because its director is best known for making The Witch, but it’s really more of an experimental drama. A brilliant movie, but in the end we decided not to include The Lighthouse here. We did, however, feature a couple of choices that might not have the word “horror” on their Wikipedia page, but will still strike fear into your heart. So without further ado, here are the best horror movies we saw in 2019.

Emily Beecham won the Best Actress award at Cannes for her lead role in this movie, playing a scientist named Alice. It’s an old-school science fiction story with hints of comedy and psychological drama, but its tense atmosphere tips it over into the category of classic sci-fi/horror flicks like Invasion of the Body Snatchers.

This is the first English-language feature from Austrian director Jessica Hausner, taking place in a genetics lab developing a plant—”Little Joe,” named after Alice’s son—that influences people’s emotions. Visually stylish and slyly witty, its unusual soundtrack will turn seemingly banal moments into a jump-scare. Ben Whishaw co-stars as one of the other scientists in Alice’s lab.

If you like The Handmaid’s Tale, you’ll enjoy this tense, claustrophobic horror-thriller about teenage girls trapped in a dystopian boarding school. Directed by Danishka Esterhazy, it stars Katie Douglas as Vivien, the perfect pupil in a school where the main lessons emphasize humility, obedience, and femininity. These girls are told that the world outside is a toxic wasteland, but there’s something instantly suspicious about their creepy curriculum, making you wonder what they’re really being trained for.

Douglas gives a compelling performance as Vivien, torn between her desire to conform and be a good girl, and her growing realization that there’s a dark side to the only home she’s ever known.

Available to Stream on Amazon/Showtime, and to rent or buy on most major services.

We gave Freaks a glowing review earlier this year, with the caveat that you’re better off knowing relatively little about the plot beforehand. Child actor Lexy Kolker stars as Chloe, a girl whose father never lets her leave the house. Is there a real danger outside, or is he just an abusive, controlling parent? Expanding from a two-person horror drama into a surprisingly complicated story outside their house, it’s based around an intriguingly ambitious concept, explored from a child’s naive perspective.

A perfect execution of a simple B-movie premise: A young woman and her father get locked in a flooded basement during a hurricane, trapped with a squad of giant, man-eating alligators. Haley (Kaya Scodelario) is a competitive swimmer, giving her an edge in the flood waters, but will she and her father manage to escape those ‘gators? There’s not much else to say here, other than that Crawl is extremely fun to watch, preferably with a group of friends.

Crawl is available to rent or buy on most major services.

Jordan Peele’s second horror film was more divisive than the universally praised Get Out, but it was still one of the best of the year. Once again combining heart-stopping terror with comedy and social commentary, Us sees an affluent family (Lupita Nyong’o, Winston Duke, Shahadi Wright Joseph and Evan Alex) terrorized by a group of eerie doppelgangers while visiting their holiday house. Lupita Nyong’o’s two dueling roles make her a potential Oscar contender this year, following her win for 12 Years a Slave in 2013.

Packed with elaborate symbolism and increasingly bizarre world-building, some elements of Us didn’t fit together as neatly as the clean-cut allegory of Get Out. But it’s still an entertaining and uniquely disturbing film, and you’ll certainly want to talk about it afterward.

Us is available to rent or buy on most major services.

Unfortunately overshadowed by the high-profile but critically panned Zombieland sequel, this zombie comedy came out on Hulu in October. Lupita Nyong’o and Alexander England star as a kindergarten teacher and a washed-up musician, who get trapped with an obnoxious children’s entertainer (Josh Gad) and a group of kindergarten kids during a zombie outbreak. Along with the obvious draw of Lupita Nyong’o (who at one point performs a Taylor Swift song on ukulele), Little Monsters is a hilarious horror/rom-com hybrid with a quirky sense of humor, standing out in an admittedly crowded field of zombie films.

Little Monsters is available to stream on Hulu.

This one’s our biggest “is that technically horror?” title on the list, and like The Lighthouse, it’s a low-budget indie drama starring Robert Pattinson in a tense situation. Written and directed by acclaimed French filmmaker Claire Denis, it’s a new twist on a familiar sci-fi/horror premise: A group of people trapped together on an ominous spaceship, following in the footsteps of films like Alien and Event Horizon. This time it’s a prison vessel headed toward a black hole, with a group of death row inmates controlled by a creepy scientist (Juliette Binoche). André 3000 and rising horror star Mia Goth (Suspiria) play two of the other inmates, with Pattinson as the taciturn protagonist, Monte.

High Life takes place in several time periods —an earlier point where the ship is full, and then a few years later when Monte appears to be alone onboard with a baby. The film draws a line between these two points, promoting a sense of impending dread as we gradually find out what happened. It’s a startling, grim, and occasionally perversely funny film, and very adult-rated thanks to its sporadic violence and sexual content, which includes sexual assault. Alongside Midsommar it’s one of the most intense movies on this list – and one of the best of 2019, regardless of genre.

High Life is available to stream on Amazon Prime, and to rent or buy on most major services.

2) The Hole in the Ground

Considering the sheer volume of “spooky kid” movies out there, it takes real skill to make one as memorable and gut-clenchingly terrifying as The Hole in the Ground, a film that still occasionally scares the crap out of me nine months after watching. Directed and written (with co-writer Stephen Shields) by Irish filmmaker Lee Cronin, the premise is simple: Young mother Sarah (Seána Kerslake) and her son Chris (James Cosmo) move to a new house in a small Irish village, conveniently located beside a huge, spooky forest. Inside the forest is a very big hole. One day Chris goes missing while playing near that hole, and when he finally returns home, he seems… different.

Isolated mothers and uncanny children are classic horror staples, playing on universal anxieties about family and home. Like Hereditary, The Hole in the Ground uses old tropes in a refreshing and effective way, with Sarah sinking into paranoia as her young son’s behavior grows more alarming and supernatural. Light on gore and special effects, this film relies on unsettling imagery and psychological drama to keep you on the edge of your seat, focused around a gripping and sensitive performance from lead actress Seána Kerslake.

The Hole in the Ground is available to stream on Kanopy and Amazon Prime, and to rent or buy on most major services.

Was there really any doubt? Ari Aster’s follow-up to Hereditary was gloriously imaginative and shockingly fun, pushing boundaries beyond what we saw in his more traditional debut film. Along with being a hypnotically stressful viewing experience, Midsommar gives us a lot to chew on. On the surface, it’s a story about a depressed young woman named Dani (Florence Pugh) going on vacation with her shitty boyfriend and his friends, visiting a cult-like Scandinavian village where things soon go in the direction of The Wicker Man. Going a little deeper, you’ll find a wealth of research into classic folk-horror, including the film’s brilliant original score by the Haxan Cloak, its gorgeously creepy production design, and subtle references to the fascist history of Northern European neo-mysticism.

Midsommar provoked a wide range of reactions, the most obvious being a gender divide in the audience response. A lot of women found Dani’s role cathartic and relatable, especially the gaslighting interplay between her and her terrible boyfriend… while some men didn’t fully understand the horrible dynamics of their relationship. The 147-minute runtime was also a bold move in a genre where films generally run short, but Ari Aster kept things moving with a gradual descent into gruesome chaos during the final act. With its “group of young people get stuck in a creepy location” premise and an expert background in folk-horror, Midsommar simultaneously feels familiar and unique, with Aster making an unusual choice to shoot a horror story in blazing sunshine. Featuring a powerhouse performance from Florence Pugh, smart commentary on gender roles, and numerous shockingly unforgettable setpieces, Midsommar is an obvious choice for the best horror film of 2019.

Midsommar is available to rent or buy on most major services.