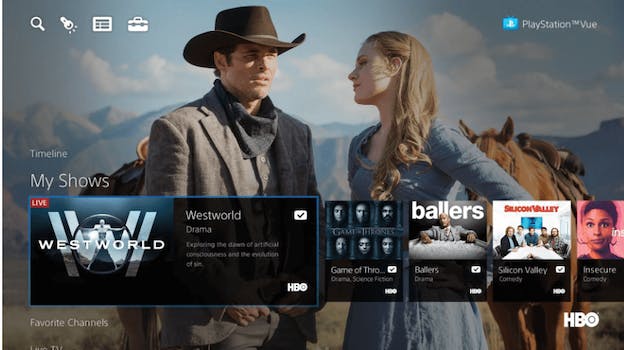 Playstation Vue is going away. Here are 6 great alternatives

A primer (and eulogy) for Sony streamers.

If you’re a dedicated Sony fan, you had the chance to do your cable live-streaming directly from your Playstation 3, 4, and Playstation TV devices. To borrow the tagline for the Playstation 3, “It only does… everything.” Well, it did. Unfortunately, the Playstation Vue cloud-based TV service is officially shuttering its virtual doors starting in January 2020. Yes, after a not-so-hot five years, Sony’s dedicated service is another casualty in the increasingly cutthroat world of online streaming.

But don’t mourn too long. Whether you’re a Playstation Vue fan looking for a new home for streaming or simply looking to finally bring the joy cord-cutting brings into your life, you’re in luck. We compiled the best Playstation Vue alternatives to meet your streaming needs.

Philo is the least expensive streaming service, but it has some limitations. You won’t find the sports channels that dominate other packages or local channels. However, it’s the cheapest way to gain access to cable channels like BBC America at only $120 a month. You will also find the best deal on popular channels like Animal Planet, IFC, AMC, Lifetime, and even deep cuts like ID. You also get free cloud DVR, but shows recorded are deleted after 30 days, so binge responsibly.