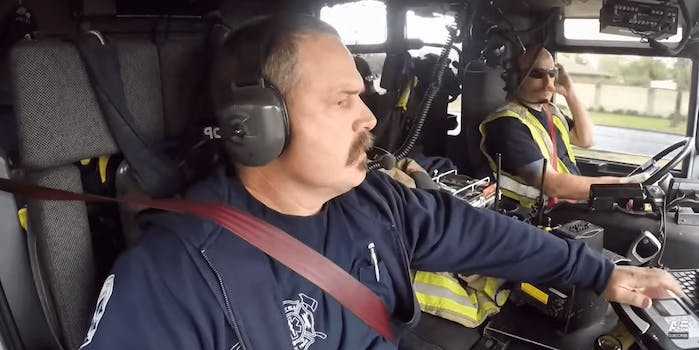 How to watch ‘Live Rescue’ for free

Watch first responders put their lives on the line.

Nearly 30 years ago, Cops gave TV audiences a sneak peek at the daily lives of peace officers on the beat. A new series called Live Rescue seeks to replicate formula with first responders across the spectrum.

Hosted by veteran journalist Ashleigh Banfield, Live Rescue follows the daily lives of firefighters dousing roaring flames, paramedics bringing folks back from the brink of death, and EMTs rushing to save the day. Every episode will put these modern heroes across the US in the spotlight as they respond to daily emergency rescue calls.

Here’s everything you need to know to watch Live Rescue online for free.

What channel is Live Rescue on?

How to watch Live Rescue for free

A&E is available on a handful of the major live TV streaming services. When trying to decide which one is best for you, you’ll want to weigh the cost, the other channels you’ll receive, and the compatible devices for streaming. Thankfully, no matter which service you pick, you’ll start with a one-week trial, so you can watch Live Rescue for free.

How to watch Live Rescue episodes

Many cable channels let you live stream directly from their site and A&E is no different. Simply go to the A&E website, select a video to watch, and log in using one of the previously mentioned services when prompted. Unfortunately, Sling TV won’t work for this site.

If you want to stream Live Rescue on the move, we suggest downloading the A&E app. The same login instructions from the website will work here to watch new episodes of A&E shows and movies.