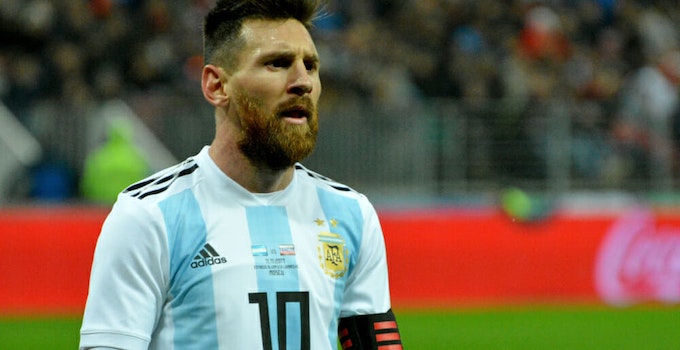 How to watch Brazil vs. Argentina at Copa America online for free

So, Brazil and Argentina won't meet in the Copa America final—they'll instead meet in what could be an epic semifinal.

Though South America has a number of talented soccer nations, Brazil and Argentina are by far the two best-known and most beloved (or reviled, depending on your point of view). They haven’t been the most successful in the Copa America, however—Brazil hasn’t won the South American championship tournament since 2007, and Argentina’s drought goes back to 1993.

Though we won’t get them both in this year’s Copa America final, the stars have aligned to place them in a semifinals match, which we’ll get Tuesday night as a perhaps-predictable facet of a somewhat unpredictable tournament.

One tournament favorite, Uruguay, succumbed to Peru in a quarterfinal match that went to penalty kicks—with the usually sure Luis Suarez registering the only miss in the shootout. Brazil just held on in its quarterfinal penalty shootout, outlasting Paraguay to keep the tournament it’s hosting alive. Argentina, meanwhile, is the only one of the four semifinalists who didn’t have to survive penalty kicks, dispatching up-and-comers Venezuela 2-0.

Here’s everything you need to know to watch Brazil vs. Argentina at the 2019 Copa America.

The game is on Telemundo, which is available via over-the-air signal for free via any HD TV with an antenna. If you’re on the go or interested in looking at your streaming entertainment options, all of the below services offer a free trial.

ESPN+ is a subscription service that extends ESPN’s existing website and app, and it’s essential for soccer fans, in particular, carrying Copa America matches, as well as Serie A+, MLS, USL, and FA Cup matches. It encompasses other sporting events as well, including 20 exclusive UFC Fight Night events per year, 180 NHL games, at least one MLB game a day for every day of the season, and a cornucopia of college sports.

Hulu with Live TV includes sports programming among its offerings, and as a subscriber to the service, you’ll get free access to Hulu’s sizable on-demand library. (Check out the full list of Hulu Live TV channels.)

Brazil vs. Argentina: Why it matters

A trip to the Copa America finals is at stake. Argentina’s made that trip in the two most recent editions of the tournament, in 2015 and 2016, only to fall short to Chile in both instances. Much has been made of 32-year-old Lionel Messi’s quest for silverware with his national team—in stark contrast to his success in leading club team Barcelona to trophies—but there are other over-30 players on the team, including Sergio Aguero and Angel di Maria, who would love to attain a title in a major tournament after years of futility.

Though Brazil’s without Neymar this tournament, it still has plenty of star power, including Chelsea veteran Willian (wearing Neymar’s 10 for the duration of the tournament); Philippe Coutinho (who’s had a rough transition from Liverpool to Barcelona, but still is a viable engine for his national team); and Roberto Firmino (whose penalty miss against Paraguay was merely a setback instead of a fatal blow). Brazil, like Argentina, has been disappointed in recent international tournaments (including the 2014 World Cup it hosted) but these oft-criticized and star-studded globetrotters are two wins from becoming Kings of South America in a July 7 final at the Maracana, and the only thing more motivating than that is going through their most hated rivals to get to that final.