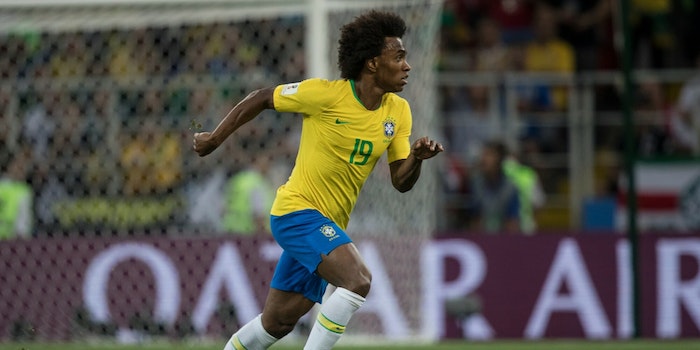 How to Live Stream Copa America

In men’s soccer, only South American and European teams have won the World Cup, starting with hosts Uruguay in the inaugural World Cup in 1930. Today, South America remains a soccer powerhouse, with six of the world’s top 21 teams in the CONMEBOL federation, comprised of the 10 best South American teams. CONMEBOL’s quadrennial tournament, the Copa America, starts June 14 and goes through July 7, so if you’re wondering how Brazil, Chile, Argentina, and Uruguay all stack up against one another, a year removed from a World Cup that had two European finalists, check out the action from Brazil.

What is the Copa America?

Started in 1916, the tournament now runs every four years with all 10 CONMEBOL teams—and, of late, to round out the field, two other international teams invited to participate. In 2016, a year after Chile hosted and won the 2015 edition, the United States got to host and participate in a special edition called the Copa America Centenario that also involved Mexico and other teams from the CONCACAF federation. (Chile won that one too.) While some thought the event might be the precursor for an expanded version of the tournament involving the entire hemisphere, this edition’s invitees are both from Asia: regional stalwart Japan and 2022 World Cup host Qatar.

Which Copa America teams should you know?

This year’s host and the highest-ranked CONMEBOL team, Brazil will be without the injured Neymar, but they have plenty of talent you’ll recognize from top European leagues, including Roberto Firmino, Gabriel Jesus, Willian, and Philippe Coutinho. Argentina, anchored as usual by Lionel Messi, will bring a characteristically talented squad including Sergio Aguero, Angel di Maria, and Paulo Dybala. Defending champion Chile has Alexis Sanchez, Eduardo Vargas, and Gary Medel in its roster, all of whom have been key to the team in recent tournaments. Uruguay’s most recognizable names include Luis Suarez, Edinson Cavani, Diego Godin, and Lucas Torreira.

ESPN+ is a subscription service that extends ESPN’s existing website and app, and it’s essential for soccer fans in particular, carrying Copa America matches, as well as Serie A+, MLS, USL, and FA Cup matches. It encompasses other sporting events as well, including 20 exclusive UFC Fight Night events per year, 180 NHL games, at least one MLB game a day for every day of the season, and a cornucopia of college sports.

Hulu with Live TV includes sports programming among its broad spectrum of offerings (including Copa America coverage on Telemundo), and as a subscriber to the service, you’ll get free access to Hulu’s sizable on-demand library. (Check out the full list of Hulu Live TV channels.)

YouTube TV is a great option for soccer fans, including Telemundo and Universo for Copa America matches, TNT for Champions League matches, NBCSN for Premier League matches, and broadcasting partnerships with three MLS teams. (Take a look at the full list of YouTube TV channels here.)

Here is the complete list of winners, dating back to the first edition in 1977.