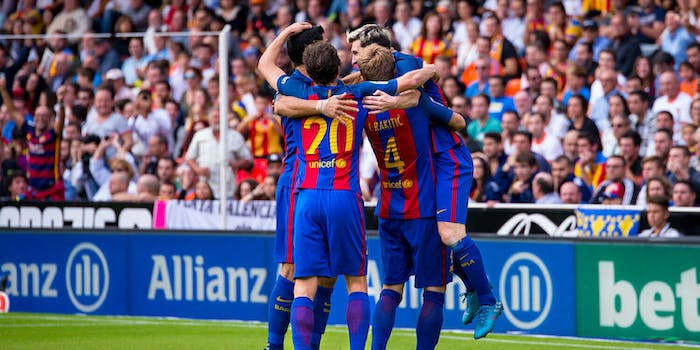 How to watch Espanyol vs. Barcelona online for free

The crosstown rivalry is renewed Saturday, and it'll be more intense than usual.

La Liga returns this weekend, and Lionel Messi will be the favorite even though the Ballon D’or thinks he is only the world’s fifth-best player. Watch the Espanyol vs. Barcelona live stream to see who will take the 209th edition of the Derbi Barceloní—and if Barca gets back to its winning ways after a run of one win in three games.

Espanyol vs. Barcelona live stream: How to watch online for free

Espanyol vs. Barcelona: Why it matters

The crosstown rivalry between Espanyol and Barcelona is renewed Saturday, and games like these are bound to be more intense than normal for Barcelona. Since Barcelona is already qualified for the UEFA Champions League knockout stages, the next two months will be about increasing its lead in La Liga. Barcelona sits one point above Sevilla (second place), and five points ahead of Real Madrid (fifth place). As much as rivalries count for, you can’t expect anything less than a win and three points for Barca—I like Messi’s side here, 3-1.