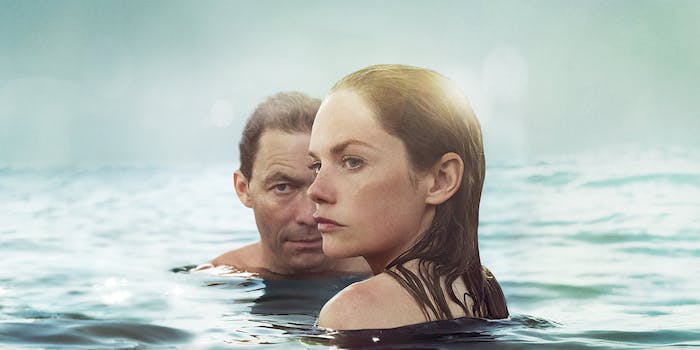 How to watch ‘The Affair’ for free

Catch up with Showtime's most addictive drama.

Drama and extramarital affairs go together like peanut butter and jelly in the Showtime drama series The Affair.

The show starts with the consequences of a fling between Noah Solloway (Dominic West) and Allison Bailey (Ruth Wilson), but The Affair isn’t some typical soapy mess. In fact, it’s far from it. Splitting the story in two, each episode offers stories from both Noah and Allison’s perspectives, depicting the crumbling marriages and broken hearts that lie in their wake.

After four seasons, the show has become a somber example of the delicate alchemy of truth and desire, exploring relationships (marital and extramarital) from unexpected angles. The yet-to-be-scheduled fifth season will also be the last, so now’s your chance to catch up with one of premium cable’s most gripping dramas.

Here’s how to watch The Affair online for free.

What channel is The Affair on?

The Affair is available exclusively on Showtime, which has all episodes from the show’s five-season run on-demand.

How to watch The Affair for free

There are a number of different online services that offer Showtime as a premium channel. You can also sign-up directly through Showtime. Either way, you’ll be able to start with at least a seven-day trial, so you can watch The Affair for free.

For a more à la carte service, look to Sling TV. It offers two cable packages, Sling Orange and Sling Blue, both of which cost $30 per month. You can grab them both with Sling Orange + Blue for $45 per month. Sling Blue offers more bang for your buck with over 40 channels, including sports necessities like FS1, NBCSN, and NFL Network.  Whichever package you choose, you’ll need to add Showtime for an additional $10.99 a month. Here’s the complete guide to Sling TV channels.

If you’re using Amazon Prime for free two-day shipping, you also gain access to Prime Video. It’s a great hub for your premium channels, including Showtime, where you can stream The Affair. You can also catch season 1 on-demand.

Showtime gives you access to all the movies and TV shows the premium cable channel has to offer. There are cheaper alternatives to gain access, but you need to subscribe to a secondary streaming service first. However, if you just want to watch The Affair, this is the quickest and the cheapest way to do so. All previous episodes of The Affair are available on the app as well, along with Ray Donovan, Shameless, and countless other Showtime hits and movies.

FuboTV was built from the ground up with sports fans in mind. There are different channel packages available whether you’re looking for basketball, soccer, golf, and even outdoor sports like rock climbing. But no worries, all the great cable channels you’re after are present too, including Viceland, Bravo, TBS, and IFC. Access to Showtime will cost an additional $10.99 a month. (Here’s the complete FuboTV channels list and our comprehensive FuboTV review.)

YouTube TV is a great solution for families because one subscription can add up to six accounts. Each account comes with unlimited cloud DVR. There are sports channels like NBCSN, NBA TV, and four ESPN channels. Disney, Disney XD, Disney Junior, and Cartoon Network will keep any kid (or kid at heart) busy for hours. It also comes with a few Spanish-language channels like Telemundo and NBC Universo. AMC, BBC America, and IFC are there too, so you won’t miss out on all that prestige TV. Adding Showtime to your subscription is easy, and only runs an additional $10.99 per month. (You can find the full list of YouTube TV channels here.)

How to catch up on The Affair episodes

As stated above, the cheapest way to catch up on older episodes of The Affair is using Showtime Anytime. But you can also watch past episodes of The Affair on your TV, tablet, phone, or computer with Amazon Video. You can buy an entire season for $9.99. You’re better off adding Showtime as a channel through Amazon Prime, which will let you stream new and old episodes.