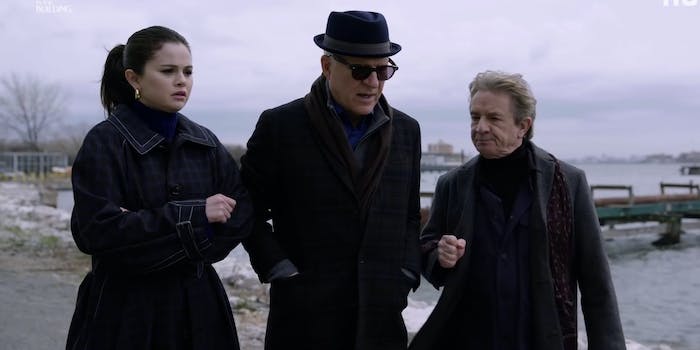 How to watch ‘Only Murders in the Building’

Steve Martin. Martin Short. Selena Gomez? That last addition, we can all agree, is far better than Chevy Chase. Still, it’s an odd trio for Martin’s latest comedy whodunnit series, Only Murders in the Building.

Watch Only Murders in the Building on Hulu Right Now

Three complete strangers who are obsessed with true crime soon find themselves smack dab in the middle of one. After one of the building inhabitants is suddenly murdered, the trio decides to take action. They begin looking for clues, questioning suspects, and even starting a podcast.

Soon, they uncover something bigger than a simple murder. The suspect list grows and grows, and they find themselves in a little over their heads. Plus, Sting shows up. It’s also written by Steve Martin, so expect at least a handful of laughs before the mystery is solved.

Here’s everything you need to know about how to stream Only Murders in the Building.

Where to watch Only Murders in the Building

Only Murders in the Building is available to stream exclusively on Hulu. The most popular option is the basic Hulu on-demand plan, where you can watch the show for free when you sign up to try their ad-free service for 30 days.