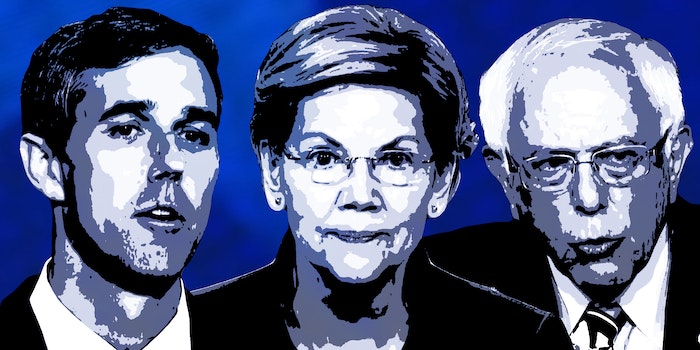 How to watch Tuesday’s Democratic debate

The presidential contenders are back for round 2. Don't miss night 1.

The second round of debates among 2020 Democrats hoping to take on President Donald Trump in the next presidential election starts Tuesday night.

Just like the first round of debates in June, the large roster of 2020 hopefuls has been split into two nights.

Here’s what you need to know about how to live stream the first round of debate, which will feature 10 Democrats vying for the party’s nomination ahead of the next election.

What time is the first round of the second Democratic debate?

CNN is hosting the two split debates. The first round will begin at 7pm CT. Both rounds are being held in Detroit.

The first night of the debate will feature several of the front-runners so far in the race and a large number of candidates hoping to gain ground as the primaries and caucuses grow closer.

Here’s who will participate in the first round of the second Democratic presidential debate:

The debate will be moderated by Dana Bash, Don Lemon, and Jake Tapper.

How to watch the Democratic debate

CNN says that it is streaming both nights of debate on its website without the need for logging in with a cable provider.

It will also be streaming without a TV subscription on its Apple and Android apps, and channels on Apple TV, Roku, Amazon Fire, Chromecast, and Android TV.

For potential cord-cutters, CNN is available on a handful of the major live TV streaming services. When trying to decide which one is best for you, you’ll want to weigh the cost, other channels you’ll receive, and compatible devices for streaming. No matter which service you pick, you’ll start with a one-week trial, so you can watch the Democratic debates for free.

For a more à la carte service, look to Sling TV. It offers two cable packages, Sling Orange and Sling Blue, both of which cost $25 per month. If you grab them both (Sling Orange + Blue) you can save $10 per month. Sling Blue offers more bang for your buck with over 40 channels, including sports necessities like FS1, NBCSN, and NFL Network. You’ll also gain access to the usual cable mainstays like Food Network, Discovery, Cartoon Network, SYFY, and FXX. Here’s the complete guide to Sling TV channels. CNN is available in Sling Orange and Sling Orange + Blue packages.

How to watch the Democratic debate: Lineup

Below are the lineups for both debates in the second round of the presidential primary. Candidates Mike Gravel, Seth Moulton, Tom Steyer, Joe Sestak, and Wayne Messam didn’t qualify for the debates.