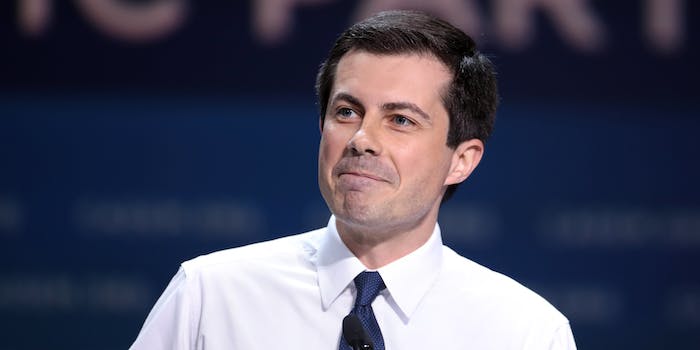 The plan calls for allowing workers in the gig economy to unionize.

Mayor Pete Buttigieg, one of the many 2020 Democratic presidential hopefuls, released an economic policy proposal on Friday morning that seeks to address the “changing economy.”

“Today I’m proud to announce a new plan that will empower all workers, lift wages, and give workers and employers the tools they need to thrive. Our economy is changing. Our laws and policies should too,” Buttigieg wrote on Twitter.

Today I'm proud to announce a new plan that will empower all workers, lift wages, and give workers and employers the tools they need to thrive.

Our economy is changing. Our laws and policies should too.

The plan, called “A New Rising Tide Empowering Workers In A Changing Economy,” calls for allowing workers in the gig economy to unionize and will “crack down” on employers “misclassifying” employees as independent contractors, which can limit the benefits available to them.

In the plan, he also calls out companies like Google, Lyft, Uber, and McDonald’s.

“More than half of workers in Google’s offices do not share in Google’s success because they are domestically outsourced temps and contractors, while millions of Uber and Lyft drivers lack basic protections because they’re misclassified as independent contractors,” the plan says. “Meanwhile, so-called ‘right-to-work laws’ in many states have further undermined unions and workers. All of these changes have shifted bargaining power, bit by bit, from workers to their employers.”

The plan also calls for a “joint employer standard” that would allow workers to bargain with companies “that actually control their hours and working conditions.”

“Companies like Google should not be able to hire contractors—from janitors to food service workers to managers to software engineers—that look like employees, but who cannot bargain with Google because they technically work for a staffing firm or other intermediaries,” the plan says.

It also calls for more transparency from companies regarding the pay gap between men and women.