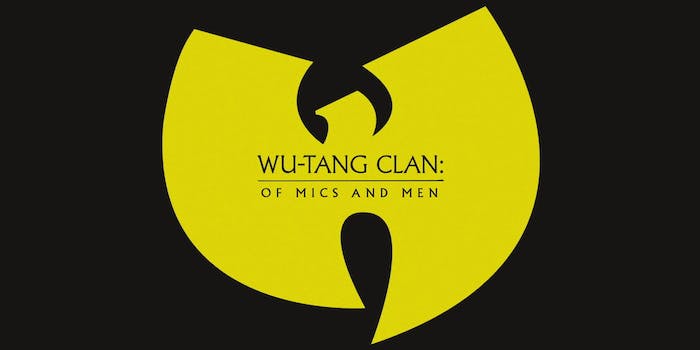 How to watch ‘Wu-Tang: Of Mics and Men’ for free

RZA, GZA, Ol’ Dirty Bastard, Method Man, Raekwon, Ghostface Killah, Inspectah Deck, U-God, Masta Killa, and Cappadonna. Individually, they’re talented New York City rappers. Together, they’re responsible for the unstoppable hip-hop Megazord known as the Wu-Tang Clan. Since their debut album blew minds and speakers in 1993, the group has remained one of the most influential ensembles of all time.

Wu-Tang: Of Mics and Men is a four-part documentary series that looks back on the Wu’s career, their rise out of poverty, violence, and oppression in New York City, and the road to becoming rap legends. The series will include in-depth interviews with the nine surviving members of the group and never-before-seen archival footage and performances.

Sacha Jenkins, who directed Wu-Tang: Of Mics and Men, is well-versed in music documentary filmmaking. He also directed Fresh Dressed and was a producer for the documentary of another hip-hop legend, Nas. All of which is to say, this docuseries, like the Wu-Tang Clan, won’t be nuthing ta f*ck wit.

Here’s how to watch Wu-Tang: Of Mics and Men online for free.

What channel is Wu-Tang: Of Mics and Men on?

The Wu-Tang Clan documentary aired exclusively on Showtime and can now be streamed on its service.

How to watch Wu-Tang: Of Mics and Men for free

There are a number of different online services that offer Showtime as a premium channel. You can also sign-up directly through Showtime. Either way, you’ll be able to start with at least a seven-day trial, so you can watch Wu-Tang: Of Mics and Men for free.

If you’re using Amazon Prime for free two-day shipping, you also gain access to Prime Video. It’s a great hub for your premium channels, including Showtime, where you can stream Wu-Tang: Of Mics and Men.

Showtime gives you access to all the movies and TV shows the premium cable channel has to offer. There are cheaper alternatives to gain access, but you need to subscribe to a secondary streaming service first. However, if you just want to watch Wu-Tang: Of Mics and Men, this is the quickest and the cheapest way to do so. Showtime hit shows are also available along with Ray Donovan, Shameless, and countless other great TV shows and movies.

Adding Showtime to your Hulu account is easy as pie. If you’re looking for an online cable package that comes with Hulu on-demand content, Hulu With Live TV is a great offer at a great price. You’ll get over 60 channels to flip through, including HGTV, a full suite of ESPN channels, Cartoon Network, FX, and more. Whichever Hulu package you choose, adding Showtime will cost $10.99 a month, after your free trial expires. (Here’s the complete list of Hulu Live TV channels.)

YouTube TV is a great solution for families because one subscription can add up to six accounts. Each account comes with unlimited cloud DVR. There are sports channels like NBCSN, NBA TV, and four ESPN channels. Disney, Disney XD, Disney Junior, and Cartoon Network will keep any kid (or kid at heart) busy for hours. It also comes with a few Spanish-language channels like Telemundo and NBC Universo. AMC, BBC America, and IFC are there too, so you won’t miss out on all that prestige TV. Adding Showtime to your subscription is easy, and only costs an additional $10.99 per month. (You can find the full list of YouTube TV channels here.)