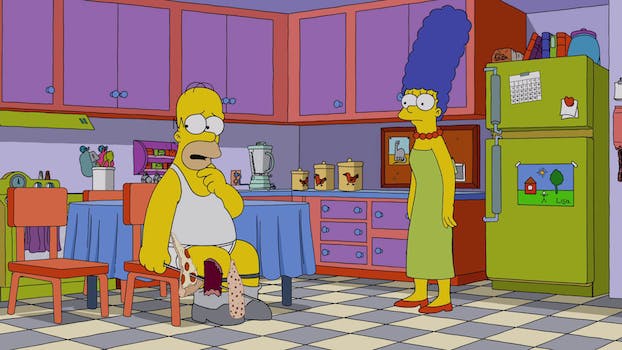 Three decades. The Simpsons has achieved television legend status like Lucille Ball, Ted Danson, and Bob Newhart, despite being cartoons. In fact, they’re as animated (pun intended) as any other American family, led by an oafish, but well-intentioned patriarch with a loveable and relatable wife at his side, with three precocious children rounding out the clan. And while the 31st season is on the horizon, the show’s been renewed through season 32. Face it: The Simpsons is going to outlive us all.

This season will be as star-studded as the last with John Mulaney, Michael Rappaport, Jason Mamoa, Jane Goodall, and Bob Odenkirk providing their voice talents in select episodes, as will celebrity power couple John Legend and Chrissy Teigan.

Here’s everything you need to know to stream The Simpsons season 31 for free.

When does The Simpsons air?

The Simpsons premiered on Sunday, September 29 at 8pm ET.

What channel is The Simpsons on?

The Simpsons airs on Fox.

How to watch The Simpsons online

How to watch The Simpsons episodes

If you want to watch episodes of The Simpsons on the day after they air, there’s no better option than Hulu. The streaming service just slashed the cost of its ad-supported version to a mere $5.99 per month. If you subscribe to Hulu with Live TV (featured above), you’ll get the on-demand portion of Hulu included for free. You can also upgrade to Hulu No Commercials for $11.99 per month.

Select episodes of The Simpsons are available for purchase on Amazon Video starting at only $1.99 an episode. Entire seasons start at only $14.99.

All episodes of The Simpsons, including audio commentary from the cast and writers, are available on this massive website. You need a cable login to access it, but luckily for you, all of the above live-streaming services will work. Simply visit the site, pick an episode, and you’ll be prompted for your login information. Once you plug it in, you’ll be free to stream every episode ever.

FX Now is the FX and FXX on-demand streaming service, which includes shows like Sons of Anarchy, Always Sunny in Philadelphia, Archer, and of course, The Simpsons. It works similarly to Simpsons World, where you plug in your credentials from one of the above cable streaming services (save for DirecTV Now).

The Fox website has episodes from season 30 along with selected clips and extras. If you want to watch full episodes, you will need a cable login, though you are allowed free access for about an hour before that kicks in.