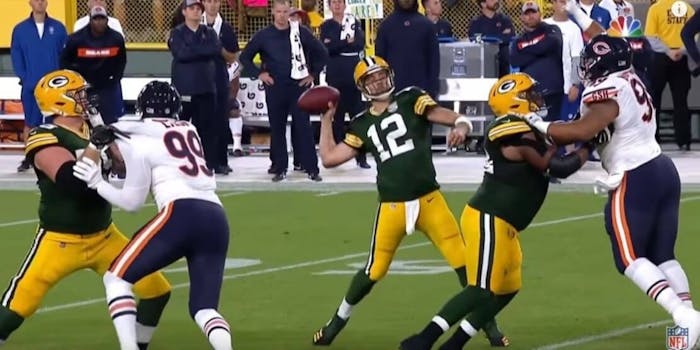 How to stream Packers vs. Bears in NFL’s Week 1

From 2009 through 2016, the Packers were one of the best teams in the NFL. During that same stretch, the Bears were mostly miserable. But in the past two years, Green Bay has been mediocre, and in 2018, Chicago put together its best season in 12 years. It’s been, to say the least, a bit of a role reversal. The 2019 season could be different, though, and when the Packers face the Bears on Thursday in a game you can live stream, it’ll be a new year for everybody.

Green Bay can forget about its combined 13-18-1 record during the past two seasons, while Chicago’s 12-4 mark from 2018, where it won the NFC North and made the playoffs with new coach Matt Nagy, goes back to meaning nothing in 2019. Now, Green Bay has its own new coach to go with its same old future Hall of Fame quarterback Aaron Rodgers.

Plus, the Bears and Packers have one of the NFL’s fiercest rivalries, which is why it makes perfect sense for this game to be selected as the one that kicks off the entire NFL season on Thursday night.

Here’s everything you need to know to find a Packers vs. Bears live stream.

How to watch Packers vs. Bears online

Though most Thursday night games are available on Fox, the NFL Network, and Amazon Prime, the Week 1 schedule gives this game exclusively to NBC. Luckily, even though there are variations in their coverage areas and other local channels, all of the major live TV streaming services offer NBC. Some of the best options to stream NBC are listed below.

For a more à la carte service, Sling TV might be the service for you. It offers two cable packages, Sling Orange and Sling Blue, both of which cost $25 per month. If you grab them both (Sling Orange + Blue), you can save $10 per month. Sling Blue offers more bang for your buck with over 40 channels, including sports necessities like FS1, NBCSN, and NFL Network. You’ll need either Sling Blue or Sling Orange + Blue to get local channels like NBC, where you can also stream shows like American Ninja Warrior. You’ll also gain access to the usual cable mainstays like Food Network, Discovery, Cartoon Network, SYFY, and FXX. Here’s our complete guide to Sling TV channels.

Hulu with Live TV is one of the most popular ways to stream live TV, probably because you gain access to a massive library of on-demand content including classic and current TV shows and movies and because you get Hulu’s original programming. As far as live-streaming goes, you’ll have almost 60 channels to flip through, including HGTV, a full suite of ESPN channels, Cartoon Network, FX, and even deep cuts like Nat Geo Wild and Syfy. Here’s the complete list of Hulu Live TV channels.

FuboTV was built from the ground up with sports fans in mind. There are different channel packages available whether you’re looking for basketball, soccer, golf, and even outdoor sports like rock climbing. But make no mistake: All the great cable channels you’re after are present too, including Viceland, Bravo, TBS, and IFC. Plus, you can watch NFL football like Packers vs. Bears. Here’s the complete FuboTV channels list. 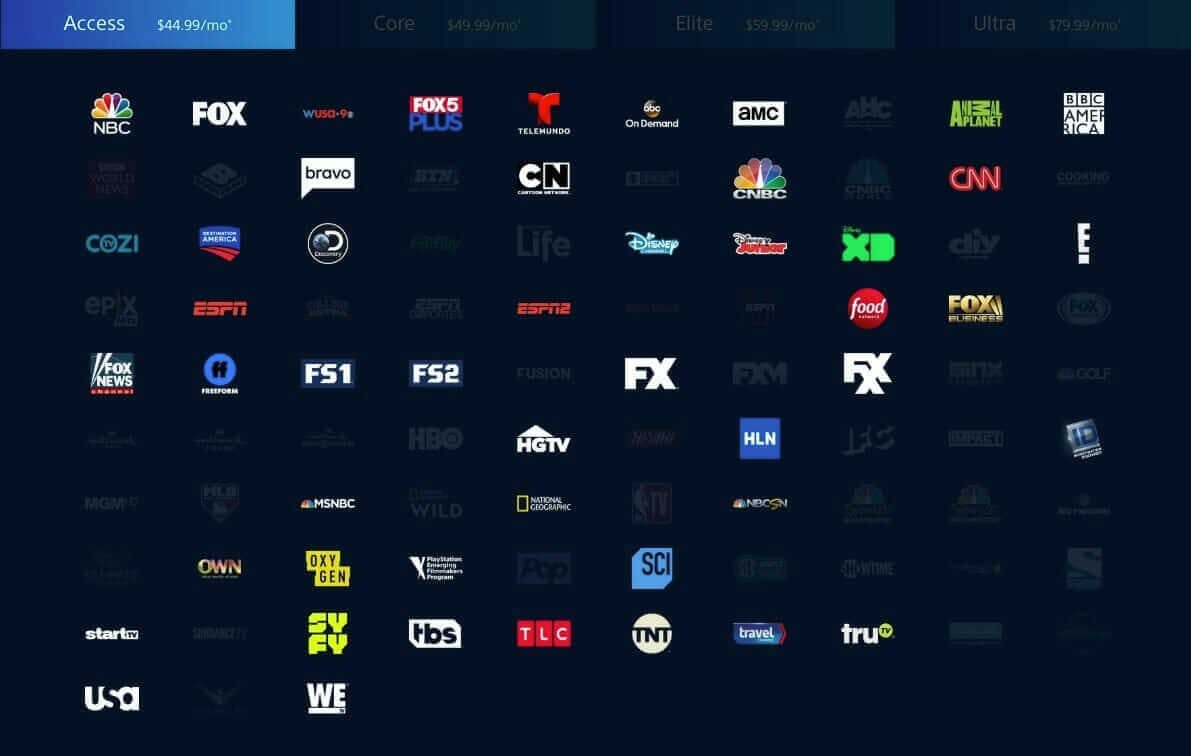 If you have a PS4 and are into the idea of having your gaming and streaming needs met in the same place, PlayStation Vue is made for you. Just so you know, though: You don’t need a PS4 to enjoy this service. You can also use a Roku, Amazon Fire devices, and even Kodi. Plus, you’ll get awesome channels like AMC, BBC America, and Bravo in PlayStation Vue’s entry-level package. One subscription works with up to five devices, all with unlimited cloud DVR storage, which makes it one of the most binge-friendly solutions. (Here are all of PlayStation Vue channels.)

YouTube TV is a great solution for families because one subscription can add up to six accounts. Each account comes with unlimited cloud DVR, and there are sports channels like NBCSN, NBA TV, and four ESPN channels. Disney, Disney XD, Disney Junior, and Cartoon Network will keep any kid (or kid at heart) busy for hours. It also comes with a few Spanish-language channels like Telemundo and NBC Universo. AMC, BBC America, and IFC are there too, so you won’t miss out on all that prestige TV. (You can find the full list of YouTube TV channels here.)

Packers vs. Bears: Why it matters

After their 12-4 season in 2018, the Bears are looking for more success in 2019. Basically, they want a playoff win, something that eluded them last year when they heartbreakingly fell to the Eagles in the wild card round. This year, with franchise quarterback Mitch Trubisky and a defense that was the league’s best last year with the fewest points allowed and the most turnovers recorded, Chicago wants to return as one of the league’s elites.

But with Trubisky, who is not yet an elite quarterback and who can still be erratic at times, in charge, can Chicago make that next step? The Bears traded away their leading rusher from last year, Jordan Howard (935 yards, nine touchdowns), and third-round draft pick David Montgomery could take over much of that production.

Despite a lack of marquee offensive players, Chicago is stacked on defense with Khalil Mack, perhaps the best defender in the entire league, and linebacker Roquan Smith to go with an impressive secondary.

“Our goal right now for defense is to be No. 1 across the board,” safety Eddie Jackson said on Sirius XM, via Yahoo. “Like I told them earlier, shout out to the ’85 Bears, but we want to top everything they’ve done.”

A win against the Packers would be a nice way to start the season. That didn’t happen last year in Week 1 when, despite taking a 20-0 lead in the third quarter, Chicago allowed Green Bay to storm back and take the 24-23 victory.

After that exhilarating victory, though, Green Bay went on to win only three of its next 11 contests and finished the year 6-9-1, missing the postseason for the second straight season (something that hadn’t happened since 2005-06). As a result, the Packers got rid of coach Mike McCarthy and hired first-time head coach Matt LaFleur. He’ll be expected to help Rodgers and receiver Davante Adams integrate into a new offensive scheme (McCarthy was heavily criticized the past few years for failing to innovate what had become a stale offense).

“It’s so new and so different than what we’ve done in the past,” Rodgers said, via  Packers.com. “It’ll be fun to lay it out there Thursday and work through the stuff we’ve been working hard on in practice. And make teams, when they play in Green Bay, it’s not just what they’ve seen for years. We’re throwing different stuff at them.”

Other good news for the Packers, even though they’re three-point underdogs heading into Thursday’s contest: When Rodgers starts vs. the Bears, Green Bay is 16-5. 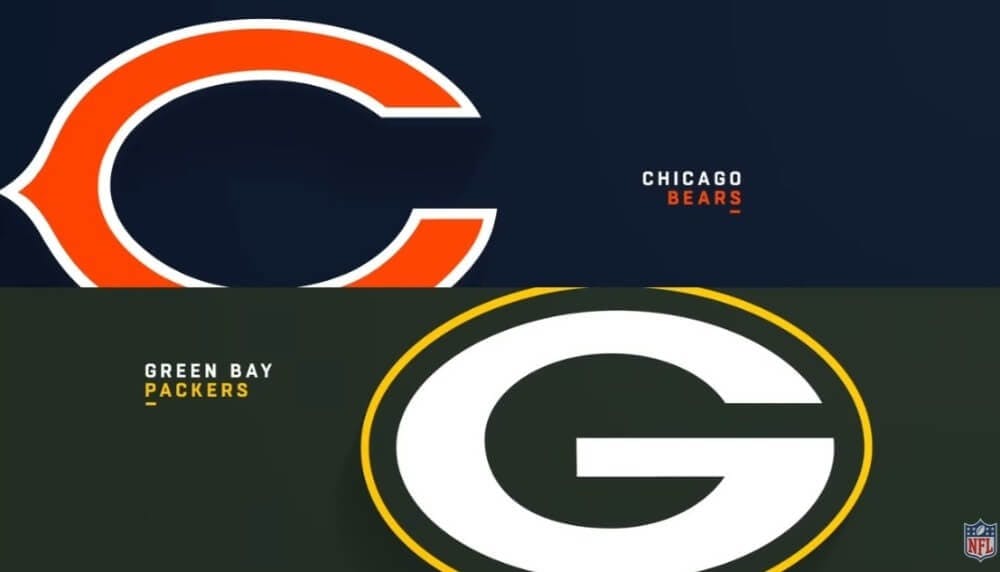