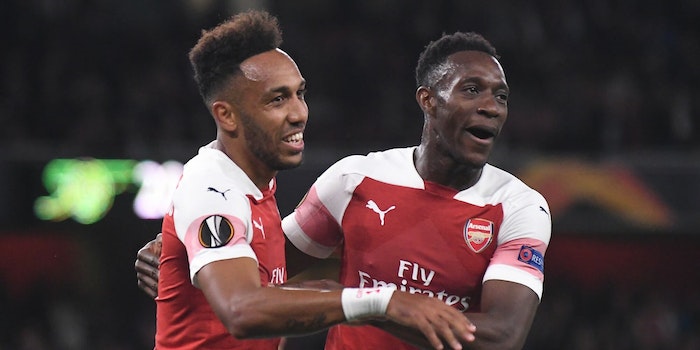 How to watch the Europa League Final online for free

On Wednesday, two longtime London rivals will battle for a title nearly 3,000 miles from home.

It’s not unusual for Arsenal and Chelsea to be playing a high-stakes match. After all, the two London rivals are perennial Premier League title contenders, and as recently as 2017, the teams faced off in an FA Cup final that Arsenal won 2-1. But Wednesday’s title match will be a little unusual: They’ve both ascended to the Europa League finals when they’d both prefer to be in the Champions League mix, and they’re playing in Baku, the Azerbaijan capital that is nearly 3,000 miles (and a 57-hour drive) from London.

Here’s everything you need to know to watch Arsenal vs. Chelsea.

Each of the following services carries TNT, providing a one-week trial and therefore an easy way to watch the UEFA Europa League final for free.

FuboTV is a solid TV streaming service option, whether your tastes run to entertainment (AMC, Syfy, FX), news (MSNBC, CNN), or sports (NBA TV, NFL Network). If you’re a soccer fan, however, it will appear tailor-made for you, with 10 beIN SPORTS channels, NBCSN, FS1, FS2, UniMás, and Champions League and Europa League action via TNT all on tap. If you can’t watch a match live, FuboTV offers a three-day replay for each match and 30 hours of cloud DVR. (Check out the complete FuboTV channels list and our comprehensive FuboTV review.)

PlayStation Vue is a fantastic option for soccer fans who already own a PlayStation console, but this streaming platform is available on a variety of devices. TNT is part of the Core package of channels that offer soccer and other sports program, and the options increase at the Elite and Ultra levels.

YouTube TV is a great option for soccer fans, including TNT for Champions League and Europa League matches, NBCSN for Premier League matches, and broadcasting partnerships with three MLS teams. (Take a look at the full list of YouTube TV channels here.)

Arsenal vs. Chelsea: Why it matters

For Chelsea, it’s a trophy and a chance to defeat one of their most implacable rivals. Chelsea has won titles in this decade to be sure—including the 2012 Champions League trophy, the Europa League title in 2013, the Premier League in 2014 and 2016, and the League Cup in 2015—but they’ve haven’t been able to secure any silverware in the most recent three seasons.

Chelsea is guaranteed one thing next season that Arsenal doesn’t have, by virtue of their third place finish, and that’s Champions League soccer. If Arsenal wins on Wednesday, though, they’ll secure the spot in Champions League awarded to the Europa League winner, despite finishing fifth in the league with a terrible run of form down the stretch. While Arsenal’s won trophies as recently as the 2017 FA Cup (and Community Shield, if you count that), a win on Wednesday would bolster a team that’s finding its identity under first-year manager Unai Emery.