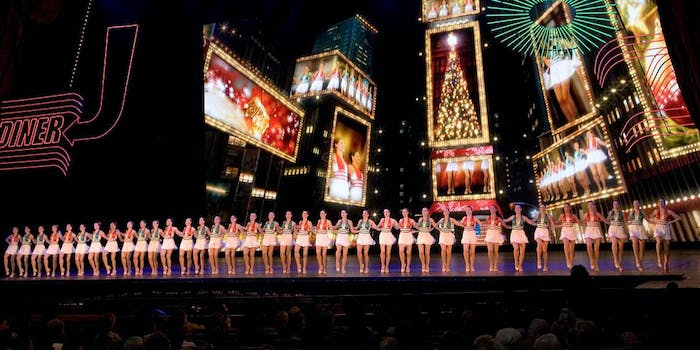 How to stream ‘Christmas Spectacular Starring the Radio City Rockettes’

Christmas in the Big Apple is marked by a huge tree in Rockefeller plaza and your dad’s favorite dance troupe The Rockettes kicking their heels to the sky. Because of the COVID-19 pandemic, performing in public is a holiday no-no this year. Fortunately, the show will go on, this time on TV with Christmas Spectacular Starring the Radio City Rockettes.

For this one-time holiday special, the Rockettes will be ringing in the season with a dance show that transports viewers from Central Park to the manger in Bethlehem, and of course, the North Pole. Plus, the show will also feature special holiday greetings from Jenna Dewan, Whoopi Goldberg, Josh Groban, Carla Hall, Padma Lakshmi, and John Legend.

Here’s everything you need to know to stream Christmas Spectacular Starring the Radio City Rockettes.

What is Christmas Spectacular Starring the Radio City Rockettes?

How to stream Christmas Spectacular Starring the Radio City Rockettes