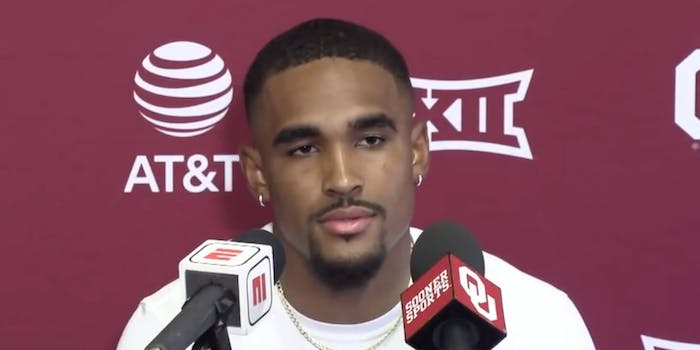 How to stream Texas vs. Oklahoma, Florida vs. LSU, and college football’s other must-see Week 7 games

For the first time ever, the preseason AP poll's top 6 are still in place going into Week 7, with no significant drops. That could change this week.

Now we’re getting into the nitty-gritty.

2019’s college football season is about halfway through, and we’ve largely held at chalk with no major upsets of any kind. For the first time ever, the preseason AP poll’s top 6 are still in place going into Week 7, with no significant drops. Only Alabama and Clemson have exchanged spots as the top two teams in America. In fact, aside from Clemson’s questionable showing versus an aggressive yet average North Carolina team, none of the teams have been tested to any extent.

This will change this week, starting early with the Red River Rivalry, as No. 6 Oklahoma takes on No. 11 Texas. This matchup features more heat than in previous seasons, given what’s at stake for both teams. Heisman candidate Jalen Hurts leads the Sooners, who want to ensure passage into the College Football Playoff. He’s been overwhelmingly dominant; he’s the only quarterback ranked among the nation’s top 25 rushers with 499 yards. If that wasn’t enough, he’s sixth in the nation in passing, putting up over 300 yards a game with an eye-popping 75.2 completion percentage. Rugged Texas signal-caller Sam Ehlinger and a talented defense will have to put in yeoman’s work to guide a resurgent Longhorn program back into its former elite status.

No. 7 Florida at No. 5  LSU features the launch of the high-stakes, tough-sledding portion of the SEC schedule. LSU is the favorite, but QB Joe Burrows will have a tough time negotiating space against the Gators’ fearsome front seven. ESPN’s Football Power Index significantly favors LSU, with a 76 percent chance to win on Saturday night in Baton Rouge. However, expect a serious challenge in Death Valley.

Here’s everything you need to know—a full slate of games, network coverage, and how to stream all the action—about Week 7 in college football, which kicks off Wednesday evening.