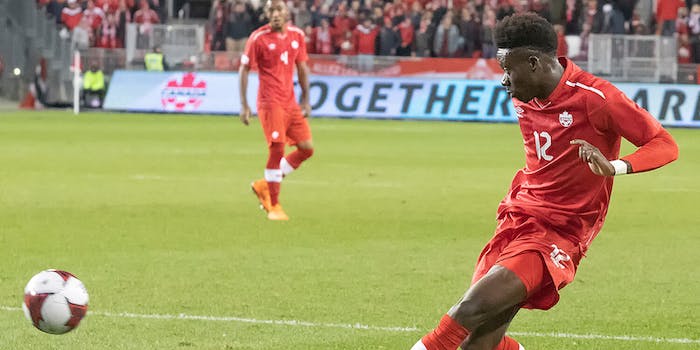 How to stream U.S. vs. Canada in the Concacaf Nations League tournament

The U.S. faces its northern neighbor in a battle for Concacaf supremacy.

The U.S. scored early and often as it opened Concacaf Nations League play on Friday. Its 7-0 win over Cuba included four goals in the first 13 minutes, with three of them by Weston McKennie. It certainly won’t be so easy on Tuesday, as the U.S. faces a rising Canada team that beat Cuba in back-to-back matches last month.

Here’s everything you need to know to live stream United States vs. Canada, including what to watch for on the pitch.

The match is on ESPN2 and TUDN; the following services provide a one-week trial and therefore an easy way to watch Concacaf Nations League matches.

United States vs. Canada: What to watch for

The USMNT isn’t playing friendlies, but that doesn’t mean coach Gregg Berhalter won’t tinker with the lineup. Expect veteran and Berhalter first-choice Gyasi Zardes to lead the line for the U.S. instead of Josh Sargent, who got the start on Friday and got on the scoresheet in the romp. Christian Pulisic, who notched a penalty kick goal Friday, could get additional time in on Tuesday.

Zach Steffen, who trained separately from the team while recovering from injury, may also get a runout in goal on Tuesday after longtime U.S. goalkeeper Brad Guzan got the start on Friday. There was one piece of bad news from Friday; defender Miles Robinson injured a hamstring in a post-match workout, and his status for Atlanta United’s opener against New England this coming weekend in the MLS Playoffs is uncertain.

Canada’s rising stock in Concacaf has a lot to do with Alfonso Davies, the young MLS-to-Bayern Munich star who is on the roster as, in a testament to his versatility, a forward. Canada’s also taking some of its true forwards who have put their stamps on recent international matches, Lucas Cavallini and Jonathan David, and MLS fans will recognize Jonathan Osorio (playing in his home stadium), Mark-Anthony Kaye (who has been having a Top XI kind of season with LAFC), and Will Johnson (who’s had a forgettable season in Orlando).