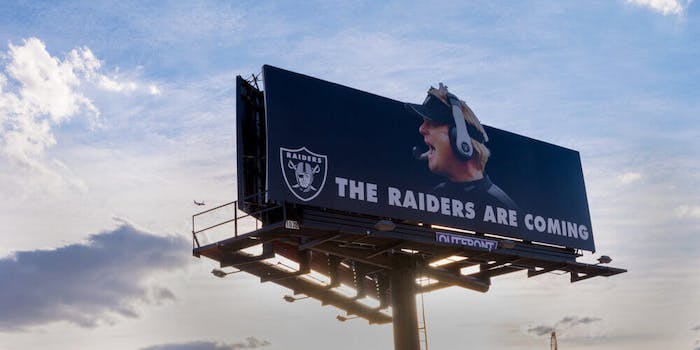 How to stream Raiders vs. Vikings in Week 3

Are Minnesota and Oakland who we thought they were?

The thin Oakland Raiders travel to the under-performing Minnesota Vikings in a high-stakes Week 3 matchup on Sunday. It’s a classic NFL rivalry that recalls cold memories of Super Bowl XI—and more recently, that almost-was Super Bowl in 2000 when both lost on Championship Sunday to the Giants and Ravens, respectively, depriving us of a Rich Gannon vs. Daunte Culpepper quarterback duel.

Minnesota has all the tools of a Super Bowl contender, but under Kirk Cousins has always faltered in big games. Last week at Green Bay, the Vikings sputtered on offense and despite a 21-16 final score, never seemed to be in it. Oakland has less talent but does seem like an inspired lot. Now on the other side of the Antonio Brown saga, the team has responded with plucky performances in two games where it’s been an underdog. I’m a Derek Carr truther and he’s doing his part to guide his young team into relevance. But if the Raiders get blown out again, the locker room may start to tune-out the leadership.

Here’s everything you need to know to stream the Oakland Raiders at the Minnesota Vikings online, including what the watch for on the field

There are a number of options for watching Oakland Raiders vs. Minnesota Vikings on streaming platforms that carry Fox. However, consult a coverage map to see what game your regional channel will be playing. Raiders vs Vikings: Why it matters

Are Minnesota and Oakland who we thought they were? Both sides better hope not. We’ve seen this movie: The Raiders are a lit match away from being a dumpster fire, and the Vikings are going to waste a loaded roster on a limited signal-caller who won’t win a thing. At least Case Keenum played with some guts.

But, as the great Chris Berman told us for years, that’s why they play the game.

And for the Vikings, there’s a lot to love. Dalvin Cook, after two years of injury-plagued seasons, looks like the most dominant back in the NFL. He’s like 2017 Todd Gurley: a battering ram off the line of scrimmage, gets downhill fast, and has the jets to break away. He can lead the league in rushing and this offense is built around him. Cousins just needs to make 10 throws a game to get to 24 points. If the Vikings want to turn a corner they should blow out the Raiders, a team that has pieces but seems too young to contend in 2019.

But unlike the Vikings, the Raiders have played inspired this season. Coach Jon Gruden’s reclamation project might just work if he keeps showing improvement. In the NFL there are three types of QBs: Those who can win a Super Bowl, those who can’t, and those who might. Carr has the drive and accuracy to be special, he’s just a little late on his timing and, as a result, misses throws that the great ones don’t shy from. That 12-4 season under Jack Del Rio seems like a lifetime ago; for Carr, 2019 is about stealing some upset wins and showing you’re the franchise QB Gruden thought he was inheriting when he took over.

We should have clarity on the matter Sunday.