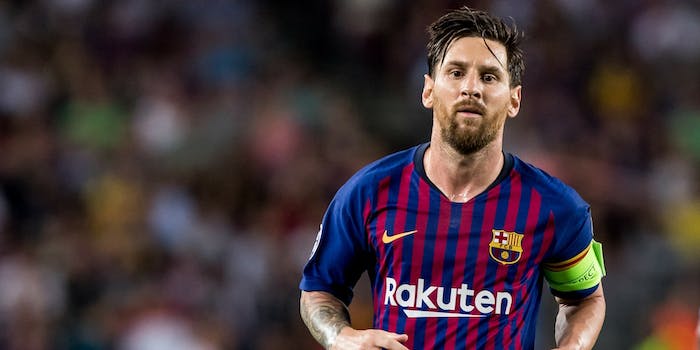 How to watch Liverpool vs. Barcelona online for free

Will Barcelona ascend to the Champions League final? Only Liverpool stands in their path.

Do you believe in miracles? If you’re a Liverpool fan, it’s going to take a minor one to get past the current hurdles separating the Reds from a Champions League finals appearance. Last Wednesday, Barcelona won its first leg at home 3-0, with two late, sublime Lionel Messi goals making it somewhat of a rout. Then over the weekend, in Liverpool’s thrilling 3-2 Premier League win to stay in contention for that title, Mohamed Salah left the game with a concussion, which will keep him out of Wednesday’s action. Liverpool does have the weapons and the sturdy defense to mount a comeback, but it’ll be against a La Liga-winning team in Barcelona that looks fantastic.

Here’s everything you need to know to watch Liverpool vs. Barcelona.

PlayStation Vue is a fantastic option for soccer fans who already own a PlayStation console, but this streaming platform is available on a variety of devices. TNT is part of a core package of channels that offer soccer and other sports program, and the options increase at the Elite and Ultra levels.

Liverpool vs. Barcelona: Why it matters

For Barcelona fans, the dream of three titles in a single year — capped by a return to Champions League dominance — is very real. The team currently looks the most dominant of the final four teams, and by getting their margin of victory to three against the Reds last week, they’ve put themselves in a great position.

For Liverpool fans, there’s still reason to hope. Right now, the worst they can be in the 2018-19 is Champions League semifinalists and Premier League runner-ups—but there’ll be plenty of time for that next week should that be how it goes down. In the meantime, Liverpool fans should take solace in the margin only being 3-0, and this being a team with the ability to climb out of that depth of hole.