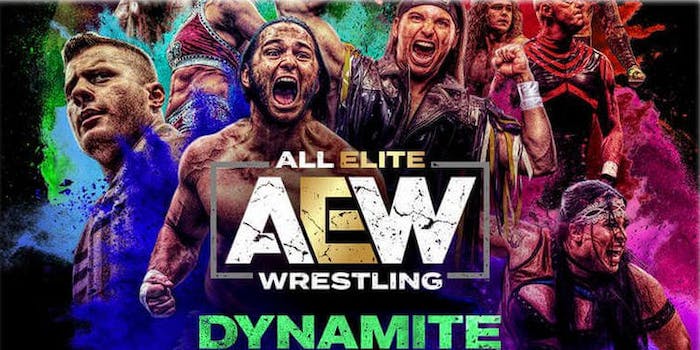 How to stream AEW’s wrestling debut on TNT

There's a new game in town on Wednesday nights.

Longtime wrestling fans already know what we’re about to tell you: WWE is the world’s best-known pro wrestling promotion, but it isn’t the only option. All Elite Wrestling has been challenging WWE’s hold on the industry ever since it debuted in January 2019–and that’s even more notable considering that it’s only been 10 months. The brand makes its cable debut on TNT this Wednesday with the Dynamite moniker, a weekly show that could make the WWE even more nervous.

AEW has major talent at the top, too. Cody Rhodes, ex-WWE wrestler and the son of Hall of Famer Dusty Rhodes, serves as its executive vice-president alongside Matt and Nick Jackson of The Young Bucks and Kenny Omega. All four also get in the ring alongside an impressive roster of talent, including Chris Jericho, “Hangman” Adam Page, Darby Allin, Shawn Spears, and Britt Baker. And if you don’t know some of those names yet, you probably will after Wednesday night.

Here’s everything you need to know to watch the AEW Dynamite live stream.

When is AEW Dynamite?

AEW wrestling: How to watch the TNT debut

FuboTV is a solid TV streaming service option, whether your tastes run to entertainment (AMC, Syfy, FX), news (MSNBC, CNN), or sports (NBA TV, NFL Network). If you’re a soccer fan, however, it will appear tailor-made for you, with all Champions League matches (via the TNT and TUDN family of channels), NBC and NBCSN, 10 beIN SPORTS channels, and FS1 and FS2. If you can’t watch a match live, FuboTV offers a three-day replay for each match and 30 hours of cloud DVR. (Check out the complete FuboTV channels list.)

Hulu with Live TV is definitely one of the most popular ways to stream live TV—probably because you gain access to a massive library of on-demand content including classic and current TV shows and movies along with Hulu’s original programming. As far as live-streaming is concerned, you’ll have almost 60 channels to flip through, including HGTV, a full suite of ESPN channels, Cartoon Network, FX, and even deep cuts like Nat Geo Wild and Syfy. Here’s the complete list of Hulu Live TV channels.

Sling TV offers access to TNT, but you’ll get a lot more along with it. It offers two cable packages, Sling Orange and Sling Blue, both of which cost $25 per month and both of which show TNT. If you grab them both (Sling Orange + Blue), you can save $10 per month. Sling Blue offers more bang for your buck with m0re than 40 channels, including sports necessities like FS1, NBCSN, and NFL Network. You’ll also gain access to the usual cable mainstays like Food Network, Discovery, Cartoon Network, SYFY, and FXX. Here’s the complete guide to Sling TV channels. But to unlock ESPN, you will need a Sling Orange package.