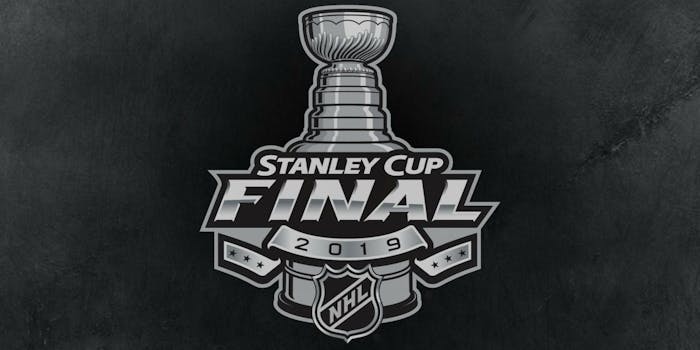 How to stream the 2019 Stanley Cup for free

It's never been easier to stream all the action.

It’s finally time for the 2019 Stanley Cup Final, and it’s never been easier to live stream all the action.

The Boston Bruins will be rested after completing a dominant sweep of the Carolina Hurricanes in the Eastern Conference Finals, getting 11 days off before hosting game 1. Especially in the NHL, where the injuries pile up as the season progresses—especially those not listed on the injury report—that sort of rest is invaluable.

But the St. Louis Blues took down the San Jose Sharks in convincing fashion. Jaden Schwartz has been dominant, notching his second hat trick of the playoffs—the first being in game 6 of the Blues’ opening round against Winnipeg Jets—in the game 5 shutout. It should be a great series.

Here’s everything you need to know to watch the 2019 Stanley Cup Final online, including the complete TV schedule.

The 2019 Stanley Cup will broadcast exclusively on NBC and NBCSN (the complete TV schedule is listed below). If you’re planning on watching from home and you have a smart TV or an HD antenna, you’re set. But if you’re looking to live stream the games on the move or from one of your devices, you’re going to need a live TV streaming service that carries the channel. NBC is available with every major service, but you’ll want to use the links below to confirm coverage in your area. No matter which one you choose, you’ll be able to start with a one-week trial, so you can watch the 2019 Stanley Cup for free.

Sling TV is the most well-known and budget-friendly live TV streaming service, and it’s the best all-around service for NHL fans. Sling TV offers three different channel packages: Sling Orange ($25 per month), which includes a block of ESPN channels; Sling Blue (also $25 per month), which includes local channels you’ll need like NBC (but not ESPN); and Sling Orange + Blue ($40 per month), which combines the two packages. Notably, Sling TV is the only service on this list that offers NHL Network. To include it in your package, you’ll need either the Sling Orange Sports Extra Pack ($5 per month) or the Sling Blue Sports Extra ($10 per month). Either way, you’ll also get Pac-12 Network, NBA TV, and the Golf Channel, but the Sling Blue version also comes with NFL RedZone. Here’s a complete guide to Sling TV channels and our Sling TV review.

Hulu with Live TV offers more than 60 channels, including ESPN, NBC, NBCSN, and a ton of other sports options for your buck, including FS1, Big Ten Network, and CBS Sports Network. What sets Hulu apart from the competition, however, is its on-demand offerings. Your subscription unlocks Hulu’s full catalog, so when you’re not streaming NHL games, you can watch Hulu originals, anime, movies, and documentaries, or catch up on your favorite TV shows.

While FuboTV may not be a great option for the regular NHL season—it’s lacking ESPN and NHL Network—it will get you through the 2019 Stanley Cup. If you’re a sports fan, it’s certainly worth considering. FuboTV boasts a great collection of specialty sports channels (NBA TV, NFL Network, Big Ten Network, beIN Sports) along with most of your cable essentials. The service also offers three-day replay for games and 30 hours’ worth of cloud DVR. (Here’s the complete FuboTV channels list.)

Locast is a not-for-profit service offering a completely free way to stream your local broadcast channels (though donations are encouraged). It’s a godsend for hockey fans, especially during the 2019 Stanley Cup Finals. There’s one catch. The service is only available in a handful of cities at the moment: New York City, Philadelphia, Chicago, Houston, Denver, Boston, Dallas, and Washington, D.C. If you happen to be in one of those areas, it’s worth trying.