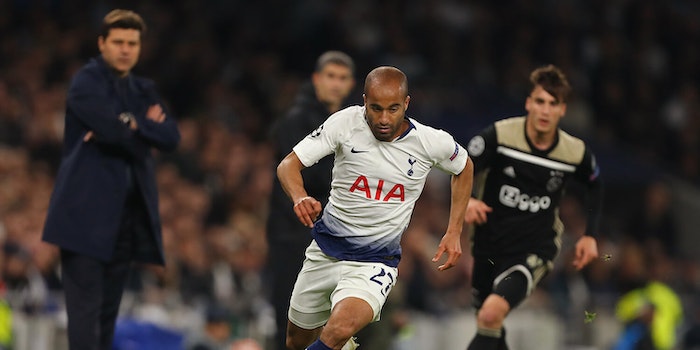 How to stream Tottenham Hotspur vs. Newcastle

“V-A-R, my lord! V-A-R!” That’s what Tottenham Hotspur fans were singing (to the tune of “Kum-ba-yah”) when video review took a late Gabriel Jesus goal off the board in Spurs’ showdown with Manchester City last week. The decision allowed Spurs to keep their 2-2 draw with City, and could be an important plot point in the 2019-20 Premier League season. This Sunday, Tottenham returns to its new home stadium to face a Newcastle team that needs a win or a draw to halt a losing streak in the making.

Here’s everything you need to know to live stream Tottenham Hotspur vs. Newcastle United, including what to watch for on the pitch.

Tottenham Hotspur vs. Newcastle: Why it matters

Spurs got goals from Erik Lamela and Lucas Moura last week and did well to limit Man City to just two goals. It looks like they’re picking up where they left off last year, playing cohesively and with a certain level of joy reflecting their recent good fortunes. Still, though, it’s trophy or bust, with beating Arsenal along the way. (By the way, Spurs fans, guess where your team’s headed next Sunday?)

Newcastle has started the season with two losses in the Steve Bruce era. After starting the season keeping it close against Arsenal, it lost 3-1 last weekend to newly-promoted Norwich City. A loss at Spurs seems the most likely outcome, which would certain trigger fears among fans—long-suffering fans, to be fair—that Newcastle is heading toward relegation. A result would help stave that off for now. (But perhaps only for now.)