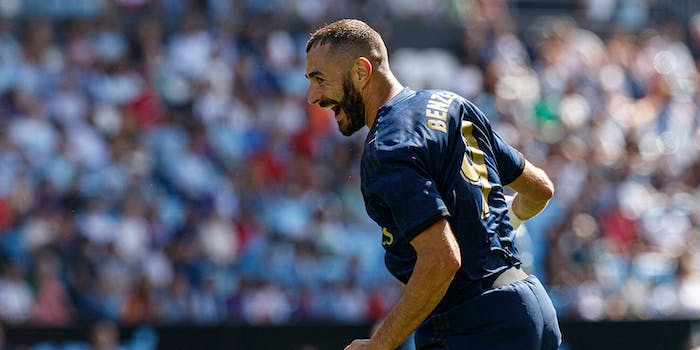 How to stream Real Madrid vs. Club Brugge in the Champions League

The Belgian club comes to the Bernabeu to face a Real Madrid squad that's licking its wounds.

Real Madrid’s been struggling to score recently in matches that count. In the team’s Champions League opener against PSG, Los Blancos came up short, losing 3-0 and failing to put a single shot on frame. In the team’s most recent outing, a scoreless draw with rivals Atletico Madrid, it fared slightly better with three shots on target … but it wasn’t anything that Atleti’s keeper couldn’t handle. Expect that to change as Real Madrid welcomes Club Brugge to the Bernabeu for its first home match of this Champions League.

Here’s everything you need to know to live stream Real Madrid vs. Club Brugge, including what to watch for on the pitch.

Spanish-speaking viewers have quite a few options. For bilingual families, you might consider the Español: Best of Spanish TV package for either Sling Orange or Sling Blue for 24/7 specialty channel LaLiga TV and BeIN Sports Connect: Channels 4-9, which features matches from La Liga, Ligue 1 and Copa del Rey, among others. Both packages cost $5 per month after your free trial. Sling TV Latino is another Spanish-language package for $10 per month, including NBC Universo, History en Español, and—of import to soccer fans—four BeIN Sports channels. (And choosing Sling TV Latino + Sling Orange for $30 per month gives you access to ESPN Deportes.)

Real Madrid vs. Club Brugge: What to watch for

By getting no shots on goal in its opener, Real Madrid didn’t even test former ‘keeper Keylor Navas, who moved to Paris late in the summer transfer window. If Real wants to contend for another Champions League title, after breaking its three-year string this year, it’ll need to score goals, and it’ll need to start with Karim Benzema. Also, watch Eden Hazard and Gareth Bale, who played as wide forwards in a 4-3-3 against PSG and as wingers in a 4-1-4-1 against Atleti.

Club Brugge, managing a scoreless draw against Galatasaray in its Champions League opener, features former Liverpool and Belgian first-choice ‘keeper Simon Mignolet between the sticks. He’s backed up by an American goalie, Ethan Horvath, that national team followers might recognize. Mignolet likely gets the call against a side that is still capable of scoring and scoring in buckets, even if it hasn’t been doing so of late.