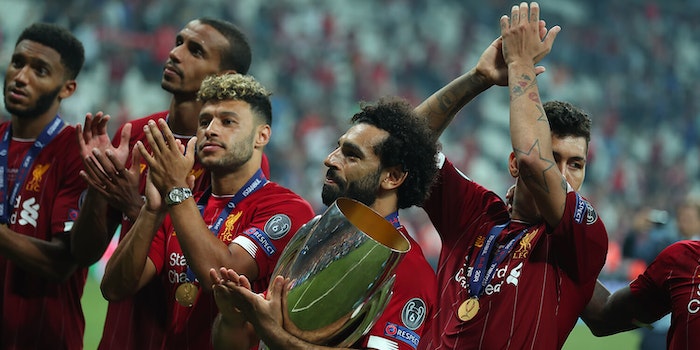 How to stream Manchester United vs. Liverpool

Can Liverpool make history on Sunday?

Manchester United vs. Liverpool is one of the most storied rivalries in all of the Premier League. This year, though, the teams’ first meetup comes in the midst of what could be a historic run to start a Premier League season. Liverpool’s just one win away from matching Chelsea’s record-setting nine wins to start a season, as well as City’s 18 straight wins, counting Liverpool’s nine wins to end last season. Could United be the ones to stop history’s march?

Here’s everything you need to know to live stream Manchester United vs. Liverpool, including what to watch for on the pitch.

Manchester United vs. Liverpool: What to watch for

Liverpool notched a 2-1 win over Leicester City in its last match, with James Milner converting a controversial penalty to keep the win streak going. Milner also assisted Sadio Mane on the opening goal, to get Liverpool to eight wins in eight matches. Coupled with City’s 2-0 loss to Wolves, Liverpool’s now jumped out to an eight-point lead in the Premier League race.

Manchester United, meanwhile, slid to 12th place after a 1-0 loss to a Newcastle side desperate to stay in the Premier League. The embattled United is now winless in its last three, with only nine points accumulated after the season’s first eight matches.

On paper, it looks like Liverpool will cruise; however, this is one of the most intense derbies in world football, regardless of where the teams stand. United would love to be the ones to disrupt Liverpool’s historic run, and the fans at Old Trafford will certainly be up for it.