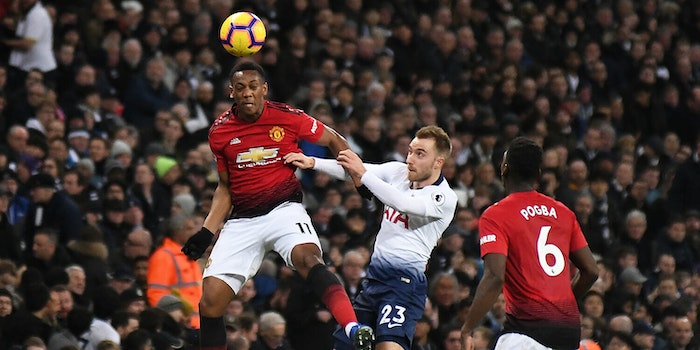 How to stream Manchester United vs. Crystal Palace

United is still stinging from not putting away Wolves on Monday.

Manchester United had a chance to seal a late win against Wolves on Monday, but Paul Pogba missed a late penalty kick. At the final whistle, last year’s surprise team made a continuing case that the Big Six in the Prem is actually a Big Seven, holding on for a 1-1 draw to keep their solid record against the league’s top teams. Man U gets the chance to make it a third straight result, though, when they welcome Crystal Palace to Old Trafford on Saturday.

Here’s everything you need to know to live stream Manchester United vs. Crystal Palace, including what to watch for on the pitch.

Manchester United vs. Crystal Palace: Why it matters

In many respects, Manchester United’s looking solid this season. Anthony Martial grabbed his second goal of the young season against Wolves on Monday, with Marcus Rashford assisting. The Red Devils opened the season with a 4-0 masterclass against Chelsea. But one penalty kick miss from Paul Pogba can make United fans question the team’s countenance, especially when some attribute it more to what Wolves keeper Rui Patricio did than what Pogba didn’t.

Palace, meanwhile, lost 1-0 to Sheffield United on Sunday after dueling Everton to a scoreless draw to open the season. It could be a rough season for Palace; if it’s going to do enough to stay up, it needs to mix in some wins, which might be a challenge at Old Trafford. The players are also looking for their first goal of the season—and the more the drought continues, the more they’ll worry about relegation.