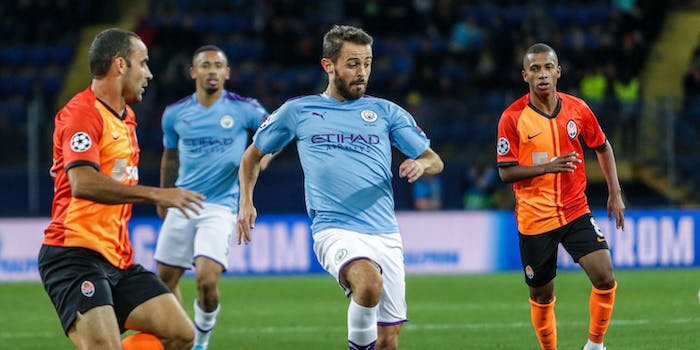 How to stream Manchester City vs. Everton

Manchester City, looking to keep pace with Liverpool in the Premier League race, travels to Everton on Saturday.

Manchester City had the most “astonished face emoji” Premier League match of the year so far last Saturday. City scored five goals in the first 18 minutes against Watford, en route to an impressive 8-0 win. Though it certainly helped with its goal differential, now at a sterling +18, it’s still five points off of Liverpool’s torrid pace for the Premier League lead. Next up for City? Everton, which comes off a second straight loss in what’s been a challenging season.

Here’s everything you need to know to live stream Manchester City vs. Everton, including what to watch for on the pitch.

Manchester City vs. Everton: What to watch for

In putting up a snowman against Watford, City got a first-minute goal from David Silva, a hat trick from Bernardo Silva, and a penalty conversion from Sergio Aguero that now places him in the Golden Boot lead. It was a dominant performance, albeit against a team that looks destined for relegation. Whether it’s a 1-0 win or an 8-0 win, it still counts for three points in the table. City’s likely going to have to take points from Liverpool if it wants to defend its title.

Everton’s not in the relegation zone yet, but after losing to Sheffield United 2-0, the team finds itself in 14th place, and just three points above 18th-place Villa. The production’s been an issue: With just five goals on the season to date, the team is near the bottom of that metric. Everton might not be facing Watford’s fate on Saturday, but its path to safety might be a little rockier than fans figured on when the season began.