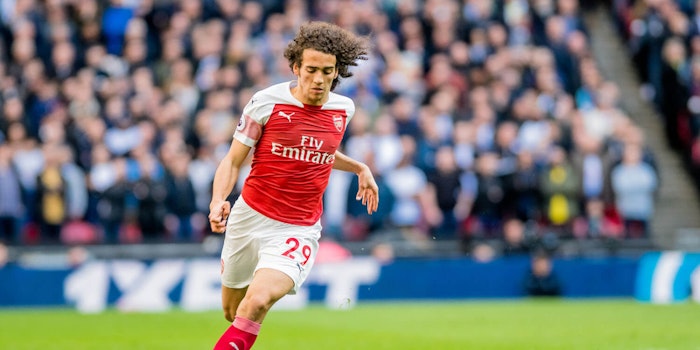 How to stream Manchester United vs. Arsenal

A battle of historic Premier League titans closes out Matchweek 7 on Monday.

There’s a good, long, tasty rivalry between Manchester United and Arsenal, though this year, both are toiling in the Europa League rather than basking in the higher-profile (and higher-paying) Champions League. In fact, part of the narrative unfolding this Premier League season is whether either team will find its way into the top four and back into the spotlight. So far, Arsenal’s doing its part, charging into fourth last week following a thrilling come-from-behind victory. United, on the other hand, finds itself in eighth after suffering a shutout and will look to its Monday matchup with Arsenal to try to get back on track.

Here’s everything you need to know to live stream Manchester United vs. Arsenal, including what to watch for on the pitch.

Manchester United vs. Arsenal: What to watch for

Things looked grim for Arsenal last week in its match with Aston Villa. The Gunners lost defender Ainsley Maitland-Niles to a second yellow card in the first half, and while they overcame a one-goal deficit on a converted PK by Nicolas Pepe near the hour mark, they gave up a goal less than a minute later to go down 2-1. But late goals by Calum Chambers and Pierre-Emerick Aubameyang allowed Arsenal to escape with a win—a contrast to letting a two-goal lead slip away to draw against lowly Watford, which it did the week before. The win won’t quell the complaints of the #EmeryOut crowd that wants to see manager Unai Emery go, but it’ll make even the bitterest fans feel a smidge more optimistic.

Things were grim for Manchester United last week, as it gave up a pair of goals in a 2-0 loss to West Ham. After six matches, the Red Devils sport a 2-2-2 record that reflects the confusing nature of this season. Are they the world-beaters who handled Chelsea in their opener? Or are they the bottlers who equalized against Palace only to give up a game-winner in stoppage time?

Though this looks like a potential draw, it all depends on which Arsenal and which United show up on Monday.