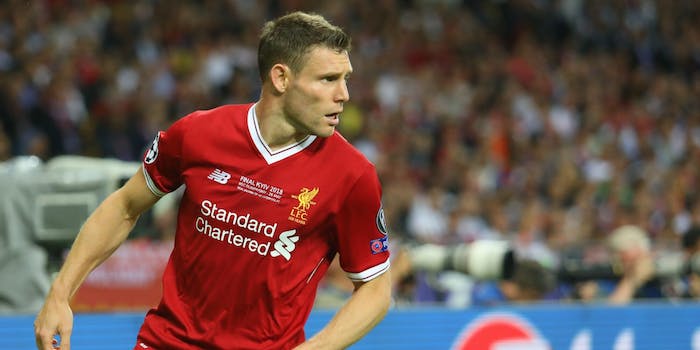 How to watch Liverpool vs. Wolves online for free

Liverpool has enjoyed an amazing week so far. It overcame a 3-0 loss in its Champions League semifinal playoff match against Barcelona, improbably winning the return leg 4-0 and setting up an all-English final for the European crown on June 1. On Sunday, the Reds find themselves in position to win the Premier League—but there’s just one problem. They’ve accumulated a near-record-setting 94 points through 37 weeks of the season, but Manchester City is one point better (based on the wins and draws they’ve accumulated throughout the season. So, while Liverpool can still win the title, they have to win against a very capable Wolves teams and hope that City either draws or loses outright.

Here’s everything you need to know to watch Liverpool vs. Wolves for free.

Each of the following services carries NBC, providing a one-week trial and therefore an easy way to watch Premier League matches for free.

Sling TV provides two base channel package options, each priced at $25 per month. Sling Orange includes three ESPN channels, while Sling Blue includes sports channels like NFL Network, FS1 and FS2, NBCSN, and local channels. (Sling Blue customers in select markets get NBC, where this match will be featured; see if yours has it here.) If you’re Team “Why Not Both,” Sling Orange + Blue combines the two for just $40 per month. To add beIN SPORTS and maximize your soccer-watching potential, you’ll want to add either Sports Extra: Sling Orange ($5 per month) or Sports Extra: Sling Blue ($10 per month). (The latter also includes NFL RedZone.)

FuboTV is a solid TV streaming service option, whether your tastes run to entertainment (AMC, Syfy, FX), news (MSNBC, CNN), or sports (NBA TV, NFL Network). If you’re a soccer fan, however, it will appear tailor-made for you, with 10 beIN SPORTS channels, NBC (where this and other marquee Premier League matches appear), NBCSN, FS1, FS2, UniMás, and Champions League actions via TNT all on tap. If you can’t watch a match live, FuboTV offers a three-day replay for each match and 30 hours of cloud DVR. (Check out the complete FuboTV channels list.)

PlayStation Vue is a fantastic option for soccer fans who already own a PlayStation console, but this streaming platform is available on a variety of devices. NBC and NBCSN (where the Premier League live) are part of a basic package of channels that offer soccer and other sports program, and the options increase at the Core, Elite, and Ultra levels.

Liverpool vs. Wolves: Why it matters

The season’s come down to the last day, and fortunately for Liverpool, they’ve got a Champions League final to look forward to should things not go their way. But Liverpool hasn’t lifted a Premier League trophy ever and the team hasn’t won the First Division (what the English top-flight league was previously called) since 1990. They’ve played well enough to win it this season, but their historically good season has been matched by City’s historically good season. Their formula is simple: Win, and hope Man City draws or loses. (A Liverpool draw and City loss would put the teams equal on 95 points, but City has a four-goal advantage in the goal differential category, meaning Brighton would have to beat City by at least five goals, and that’s a highly improbable scenario.) Both teams have only given up 22 goals each in the prior 37 matches.

For Wolverhampton, it’s been an excellent first year back in the Premier League. They’ve made the most of promotion by getting to 7th place, where they’ll finish regardless of Sunday’s results. They famously (or infamously) missed out on an FA Cup final last month, losing a two-goal lead with 20 minutes remaining in their semis match with Watford and giving up the deciding goal in extra time. Wolves may be aiming to spread the heartbreak around a bit by denying Liverpool the win that would keep them in title contention.