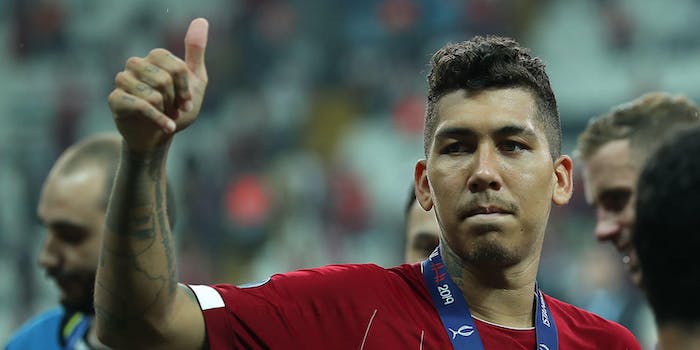 How to stream Liverpool vs. Sheffield United

Liverpool’s got a perfect thing going in the Premier League. Following six matches so far this season, Liverpool has six wins, mounting a five-point lead over Manchester City in the title race. Could an undefeated season be in the making? They’ll look to continue their run during a trip to Sheffield United this Saturday against the newly promoted Blades.

Here’s everything you need to know to live stream Liverpool vs. Sheffield United, and what to watch for on the pitch.

Sling TV provides two base channel package options, each priced at $25 per month. Sling Orange includes three ESPN channels, while Sling Blue includes sports channels like NBCSN (where many Premier League matches appear), NFL Network and local channels. (Sling Blue customers in select markets get NBC, where some matches appear; see if yours has it here.) If you’re Team “Why Not Both,” Sling Orange + Blue combines the two for just $40 per month. To add beIN SPORTS and maximize your soccer-watching potential, you’ll want to add either Sports Extra: Sling Orange ($5 per month) or Sports Extra: Sling Blue ($10 per month). (The latter also includes NFL RedZone.)

Liverpool vs. Sheffield United: What to watch for

Against Chelsea last weekend, Liverpool first-half goals from Trent Alexander-Arnold and Roberto Firmino held up, even though the Blues attempted a comeback with a N’Golo Kanté goal. Even though Liverpool’s got a Champions League date on Wednesday against Red Bull Salzburg, expect them to take care of business. (Maybe expect a bit of squad rotation, though.)

That’s not to say Sheffield United’s a pushover, but they are only back in the Premier League for the first time since 2007. They did vault to 10th in the standings last weekend following a 2-0 win over Everton, but they also fell to Sunderland in Carabao Cup play mid-week. In addition, highly touted young Scottish forward Oliver McBurnie only has one goal to his name in six Premier League matches this year. He’ll look to up that total, but that might be challenging given that FIFA Best Men’s Player finalist Virgil van Dijk anchors a press-happy defense.