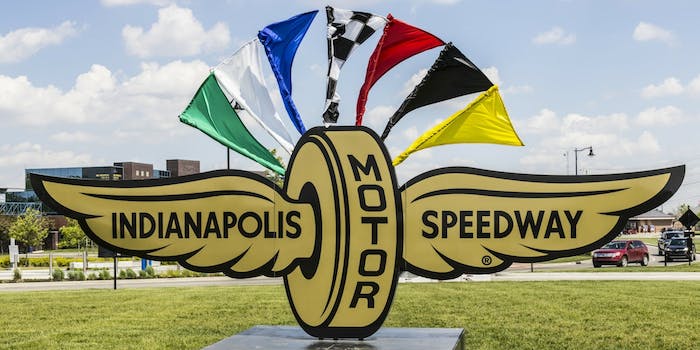 How to watch the Indianapolis 500 online for free

The 103rd edition of the Indianapolis 500 takes place Sunday.

The 103rd edition of the Indianapolis 500 runs this Sunday, with some historical elements and surprises leading up to one of the year’s most popular race days. Simon Pagenaud is the first French driver to win pole position in a century, heralded F1 driver Fernando Alonso failed to qualify for even the last of the 33-car field slots, and the race will be televised by NBC—the first move away from longtime host ABC since 1965.

Each driver is listed in order of their starting position, with team name and car number included.

What channel is the Indianapolis 500 on?

The Daytona 500 will be broadcast on NBC.

What time does the Indianapolis 500 start?

What happens if it rains at the Indianapolis 500?

There’s a good chance of rain on Sunday; 101 of the 200 laps need to be completed before the race is official. There have been six rain-shortened races in the history of the Indy 500, the last one coming in 2007. (If the racers can’t get 101 laps in, the race postpones to the next dry day.

How to watch Indianapolis 500 online for free

Each of the following services carries NBC, providing a one-week trial and therefore an easy way to watch the Indianapolis 500 for free.

Sling TV provides two base channel package options, each priced at $25 per month. Sling Orange includes three ESPN channels, while Sling Blue includes sports channels like NFL Network, FS1 and FS2, NBCSN, and local channels. (Sling Blue customers in select markets get NBC, where the Indy 500 will be featured; see if yours has it here.) If you’re Team “Why Not Both,” Sling Orange + Blue combines the two for just $40 per month. To get additional motor sports (and soccer), you can add beIN SPORTS with either Sports Extra: Sling Orange ($5 per month) or Sports Extra: Sling Blue ($10 per month). (The latter also includes NFL RedZone.)

Spanish-speaking viewers have quite a few options. For bilingual families, you might consider the Español: Best of Spanish TV package for either Sling Orange or Sling Blue for 24/7 specialty channel LaLiga TV and beIN SPORTS Connect: Channels 4-9, which features matches from LaLiga, Ligue 1 and Copa del Rey, among others. Both packages cost $5 per month after your free trial. Sling TV Latino is another Spanish-language package for $10 per month, including NBC Universo, History en Español, and four beIN SPORTS channels. (And choosing Sling TV Latino + Sling Orange for $30 per month gives you access to ESPN Deportes.) For more information, check out our guide to Sling TV channels and our Sling TV review.

PlayStation Vue is a fantastic option for soccer fans who already own a PlayStation console, but this streaming platform is available on a variety of devices. NBC and NBCSN (which between them will cover all the Indy 500 coverage) are part of a basic package of channels that offer soccer and other sports programming, and the options increase at the Core, Elite, and Ultra levels.

FuboTV is a solid TV streaming service option, whether your tastes run to entertainment (AMC, Syfy, FX), news (MSNBC, CNN), or sports (NBA TV, NFL Network). If you’re a motor sports fan, it will appear tailor-made for you, with 10 beIN SPORTS channels, as well as NBC, NBCSN, FS1, FS2, UniMás, and TNT all on tap. If you can’t watch a match live, FuboTV offers a three-day replay for each match and 30 hours of cloud DVR. (Check out the complete FuboTV channels list.)

YouTube TV is a great option for sports fans; including NBC and NBCSN for Indy 500 coverage. (Take a look at the full list of YouTube TV channels here.)