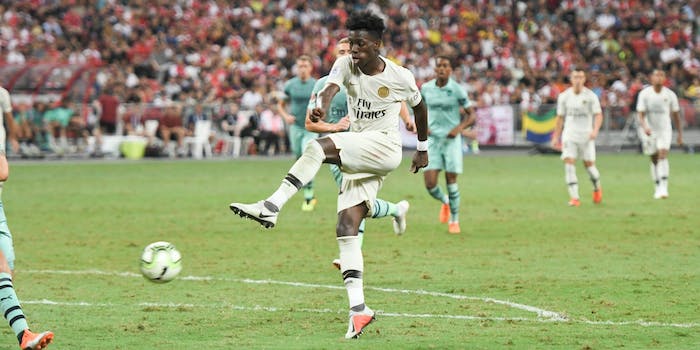 Some of the best international soccer players still in their teens face off in the FIFA U-20 World Cup. The U.S. has a talented team yet aren't considered one of the favorites.

The future of international soccer will be on display from May 23 to June 15, as 24 of the top U-20 teams in the world converge in Poland for the FIFA U-20 World Cup. Held every two years, the tournament features up-and-coming players still in their teens (the U-20 designation means under 20 years of age). The United States is considered to be in the “dark horse” tier of challengers, with France, Portugal, Argentina, Mexico, and Italy all considered favorites, and with 2017 winners England and perennial power Brazil both failing to qualify.

Started in 1977 as the FIFA World Youth Championship, the tournament has crowned a winner every two years since, adopting its current name for the 2007 edition. With the U-23 version of the tournament folding into the Olympics (and allowing for three senior players per squad), the U-20s is the highest-level tournament FIFA hosts for men’s teams outside of the quadrennial World Cup. It’s also a great way to spot  future first-team international players at a crucial juncture in their development; some of the players who shine here have a good shot of starting World Cup matches in 2022 in Qatar or in 2026 when the U.S., Canada, and Mexico co-host.

The U-20s are organized like the upcoming Women’s World Cup: Six groups of four teams each compete in the group stage, and then the winners and 2nd place teams in each group advance to the knockout rounds, along with the top four of six third-place teams in each group. Those 16 teams face off in win-or-go-home matches, halving the field with each round leading to the June 15 final.

Which FIFA U-20 World Cup teams should you know?

When does the USMNT play?

Each of the following services carry FS1 and FS2 and provide a one-week trial and therefore an easy way to watch FIFA U-20 World Cup matches for free.

Here is the complete list of winners, dating back to the first edition in 1977.