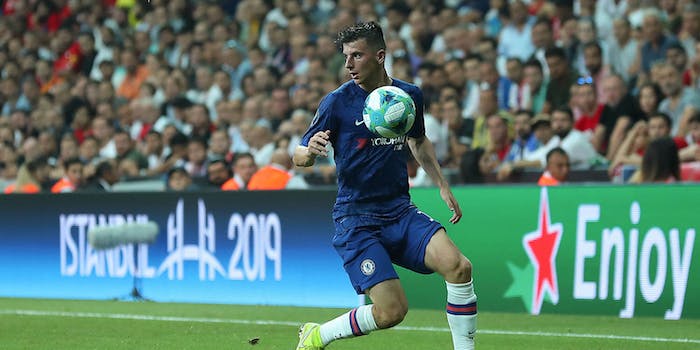 How to stream Chelsea vs. Brighton and Hove Albion

Chelsea's looking to emerge from the bottom half of the table with a result at home on Saturday.

Last weekend, Chelsea did what every team’s done against Liverpool so far this Premier League season: They lost. As a result, they find themselves in the bottom half of the table in what’s looking to be a growing-pains debut season for new manager Frank Lampard. They’re hoping 11th is just a temporary situation. Chelsea will welcome Brighton and Hove Albion to Stamford Bridge on Saturday in a quest for three points and a move back into the top half.

Here’s everything you need to know to live stream Chelsea vs. Brighton and Hove Albion, including what to watch for during the match.

Chelsea vs. Brighton and Hove Albion

Chelsea vs. Brighton and Hove Albion: What to watch for

Last week, there were a number of teams parked on eight points. As a result of dropping a 2-1 home contest to the league leaders, Chelsea remained there. American fans are concerned that Christian Pulisic isn’t getting the level of playing time they expected when he signed there. Chelsea fans are concerned about results despite promising play from two leading lights in their youth movement, Mason Mount and Tammy Abraham. Chelsea did win a mid-week Carabao Cup match against Grimsby Town 7-1, in which Pulisic played the full 90, but they’ll want to string some results together in league matches.

On the other hand, Brighton has had its own struggles, including a scoreless draw at Newcastle to leave the Seagulls 15th in the league. Though the team looked strong with an opening week win against bottom-of-the-table Watford, it hasn’t won in the league since.